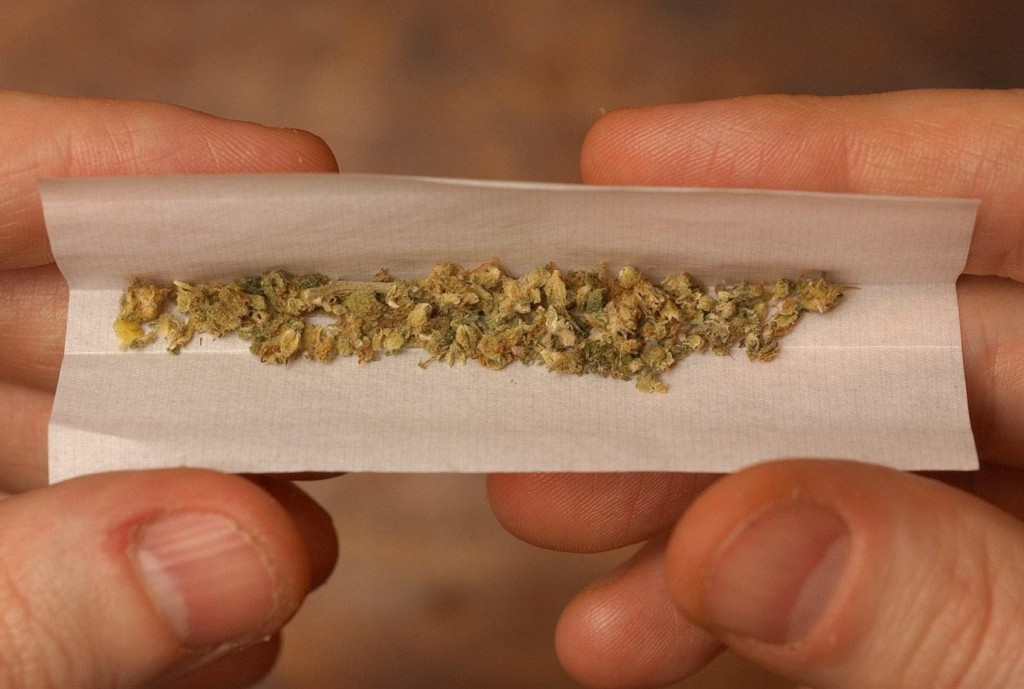 Before we go any further, you need to know this is an old post. This feature ran in 2005 but it still shines a light on politicians kicking around today. Some of them even gave some considered and interesting quotes. Some, like Vaz, dodged the question.

The original outro, a demented bit of rambling MP David Tredinnick, was hacked off by a sub editor. Which is a shame. In the quotes Mr Tredinnick was pretending to be a member of the press demanding to know how many babies David Cameron had shaken to death. This was in response to Cameron being put with the question on whether he’d ever taken drugs. Clearly, no mention here of whether he’d put his private member inside the mouth of a dead pig, you know, for fun.

Politicians have been side-stepping awkward questions about their private lives for generations. When American politician Amb W. Wyche Fowler was asked by reporters in the 1960s whether he had smoked marijuana, he thought they were joking. “Only while committing adultery,” he replied.

So what do our politicians think of his decision, and, gulp, how would they answer the drugs question themselves?

Furthermore, in a society where legal drugs like alcohol and nicotine are readily available, do they think the public care?

This is what our MPs had to say… and yes (unlike Bill Clinton) some did inhale.

“Is this a survey?” enquires Blaby MP Andrew Robathan when we call his Westminster office. “I don’t do surveys.”

The Conservative shadow defence minister relaxes when he realises it’s not a poll, but a question concerning the Tory leadership.

“I think David Cameron made a very sound judgement in refusing to answer the questions,” he says.

“What he said was what he got up to when he was 18 in his private life is not the business of other people, unless it’s so awful it’s a stain on their character forever. I think he’s shown enormous strength and resolve, which is why people support him.

“For my own part, when the lead guitarist of Ugly Rumours (Tony Blair), whom I was at (Oxford) university with, has answered these questions himself, I will respond.

“But frankly,” he sighs, “I don’t think the British public care.”

A Number 10 spokesman wasn’t forthcoming when asked whether Tony Blair had ever dabbled with drugs.

“Unfortunately, the Prime Minister has set out his position in the past and I’m not going to comment any further.”

But isn’t this a yes or no answer?

“Sorry. You’ll have to find that out yourself.”

According to politics.co.uk, Mr Blair once said he “never got into drugs” – read from that what you will.

Blair babe and Government Health Secretary Patricia Hewitt is as anti-smoking as they come, but the Leicester West MP was refreshingly upfront.

“I tried cannabis once at university,” she says. “I did not like it and have not touched drugs since.”

And what about Cameron? “Everybody, even a politician, is entitled to a private life.”

The perennially congenial David Taylor was taking constituents on a Commons guided tour when we rang.

The member for North West Leicestershire calls back. “Drugs? No,” he says, “unless you count alcohol? I don’t smoke, apart from once when I was 17. My father was a heavy smoker and died of smoking-related diseases when I was an adolescent. It was relatively straightforward that I wasn’t going to smoke.”

“I think he should answer the basic question, but I understand his reluctance, as it would lead to other questions about his private life. For politicians, it’s important they don’t practice in private what they condemn in public.”

“My view is he’s doing exactly the right thing. It’s completely hypocritical for people to say they want their politicians to have real-life experience and to lead completely faultless lives.

And, erm, have you dabbled?

Leicester South’s Labour MP Sir Peter Soulsby has tried cannabis. Once. “I remember trying what they told me was cannabis in the 1960s,” he says. “I was at a student party. I remember trying it, it didn’t seem to have any effect. Frankly, after that, there were more important things to do.’’

As for David Cameron’s reticence? “I think everybody has to make up their own mind about what they make public. I don’t want to comment on his decisions.”

Do the public care if their Parliamentarians stray from the straight and narrow? “I think what people do in their youth, others are genuinely forgiving about.”

Keith Vaz has been Leicester East’s MP for 18 years. Atop the political bull like a rodeo rider, the politician’s career has not been without its ups and downs.

He’s a man who likes to keep his private life just that: private.

“He’s absolutely entitled to keep quiet about it. It’s up to him what he wants to say. I think it’s wrong to answer events more than 20 years ago.”

And the drugs question? “I’m like David Cameron,” says Mr Vaz. “I don’t want to answer that question. I don’t see why we should.”

Rutland and Melton MP Alan Duncan, who has publicly backed Cameron’s leadership bid, was not for taking questions on the subject at all.

Despite his interest in drugs policy, the Shadow Transport Minister refused point-blank to answer the questions. “We’re way past all that,” he says.

But can you answer the drugs question when several of our MPs have?

“I’m not even prepared to go down that line of questioning.”

Loughborough’s Labour MP Andy Reed is all for being open about the past. “It’s a catch 22 for him; once you get into one personal issue, you are putting everything else on record.

“Personally, if he has, I’d probably have more respect for him if he came and said he had in the past and it was a stupid thing to do, that it was a mistake.

“I’ve never taken drugs, never taken a drag on a cigarette. Err,” he laughs, “I don’t want to sound too righteous – but I’m boring. I don’t think the public would care about the issue if he would be honest about it.”

Edward Garnier is the shadow minister for home affairs. The Tory MP for Harborough has heard it all before. “Not only do I think it’s a complete distraction from the serious issues we need to concentrate on – and that was a view shared by Harborough Conservative Association on Friday – it is immaterial. We want to win the next election.

“Clearly some people do care, but actually most people of common sense realise there is a world of difference between a teenager and a leader of a political party in early middle age.”

Have you taken drugs?

“It’s not an interesting or important line of argument. It’s just plain silly. This is not a serious debate.”

Bosworth Tory MP David Tredinnick had more to say on the subject.

“I think he (Cameron) has expressed the view that these are past events. He’s just said he doesn’t want to go into it and that’s up to him. I think the public were less interested than they were. I think, generally, people do come up against stuff in life, and not just drugs.”

Mr Tredinnick did try cannabis when he was in his 20s and living in Africa, but hasn’t touched it since. “It made me useless quite frankly.”

From the Leicester Mercury, October 2005.

Further, just to clarify, this author in no way endorses drug use. I’d just like the government to impose a policy which actually works. Legalisation would be a start. Take the criminal element out, introduce taxation, which would go to pay for treatment, and I think you may be on to something. As I said, just an idea. 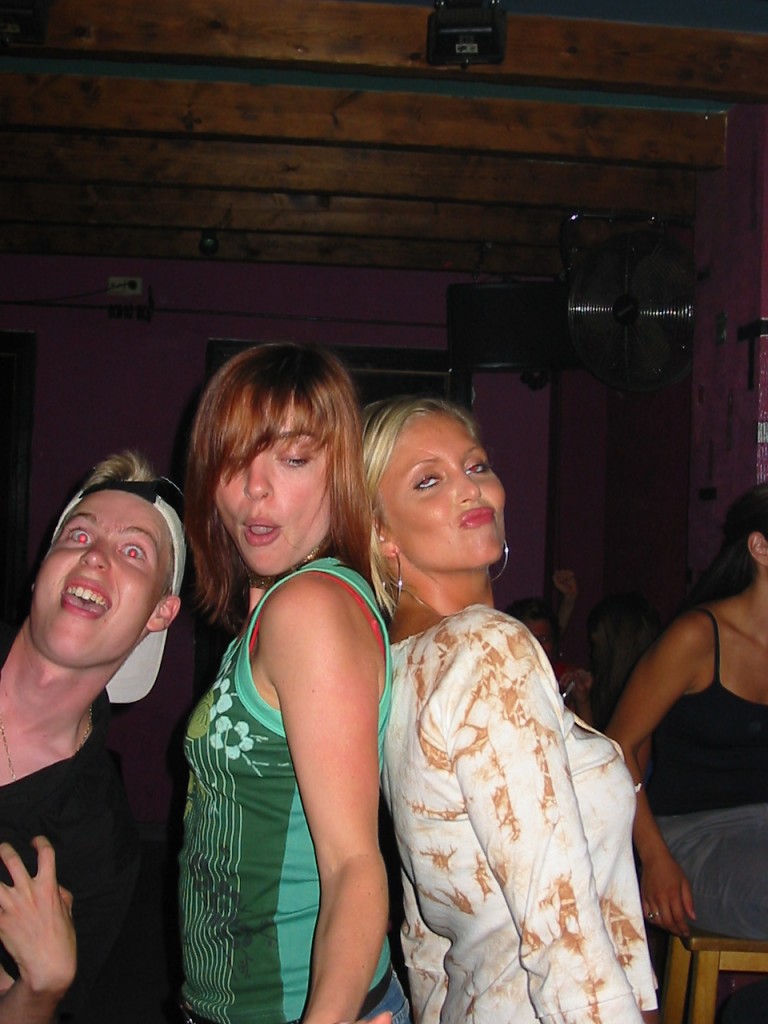 Don’t don’t do it