When the World Heavyweight Title took place in a county field 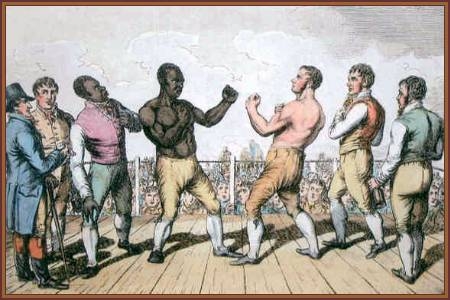 Wymondham is a pretty village six miles east of Melton Mowbray. It boasts a windmill, 12th century St Peter’s Church and the ever so lovely The Berkeley Arms, where the food and welcome is always amazing. The village was also home to Frances Pawlett, the person who pioneered Stilton and who died a very wealthy woman.

But that’s not all. On a little dirt track a few hundred yards out of the village, ramblers and sightseers come face to face with an elderly copse of trees, an old sighting post for the county’s fox hunters. This, ladies and gentlemen, is Thistleton Gap.

It was here, in the middle of farming land and wild meadows on the border of Rutland and Lincolnshire, that 10,000 men flocked to see Tom Cribb, the English bare-knuckle boxing champion, and the American challenger, Tom Molineaux.

The date was September 28, 1811 – and it was the first defence of the World Heavyweight Title.

Born in Bristol, Tom Cribb was a squat, barrel-bodied bruiser who had honed his skills in the navy and while working on the docks. 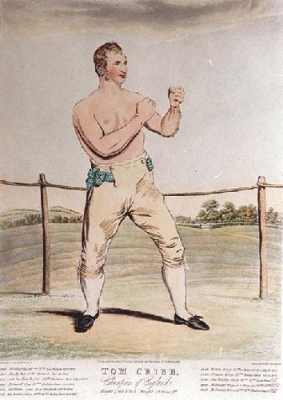 The bare-knuckle champ had made his name in 1805, having won his first public fight at the culmination of 76 blood-thirsty rounds. Yep, 76.

Born on a plantation in Virginia, his opponent Tom Molineaux was a slave who had been granted his freedom after winning a prize fight for his former master. 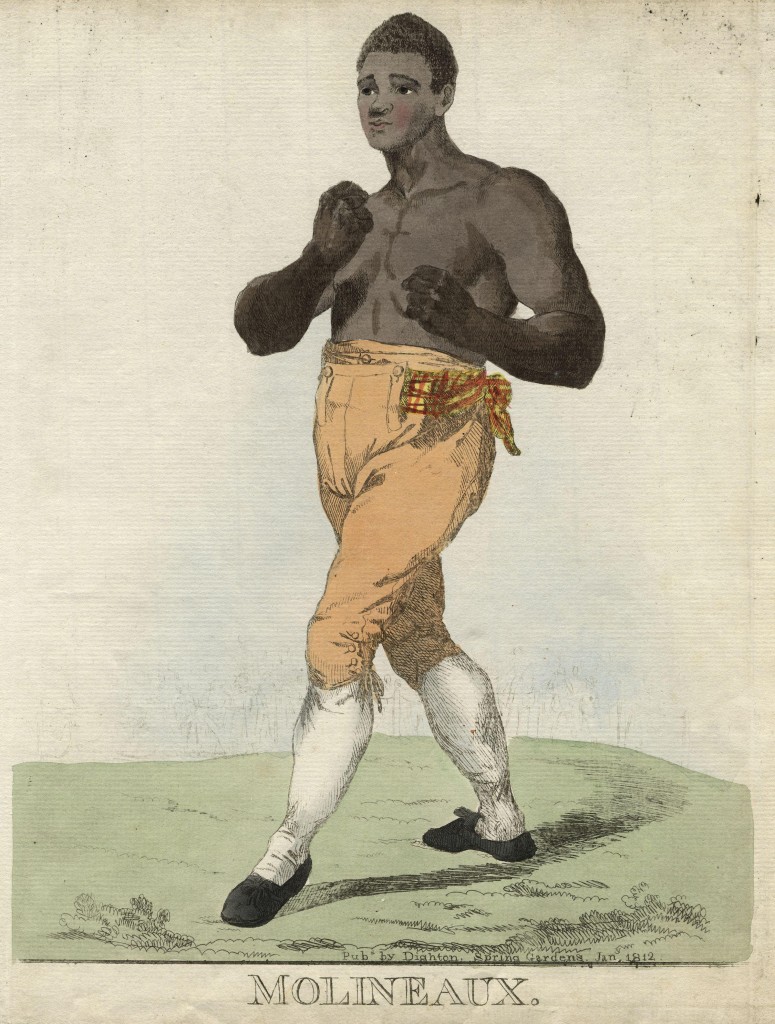 With his $500 reward, he set off to New York, where he also worked on the docks. Having flattened the competition in the States, Tom left for England on a tea-cutter, determined to make his name in a country where the sport was fast on its way to professional status.

The rules of early 19th century boxing were brutal in their simplicity and the life-span of most boxers, and, indeed most people, was short.

All fighters sparred with their bare fists and kicking, biting, gouging, or elbowing was outlawed. A round lasted as long as the fighters could defend themselves and a match was decided when a fighter was knocked soundly unconscious or when a boxer declared he was beaten.

“The newly-come American black is a formidable fellow,” wrote one journalist admiringly.

On December 18, 1810, at East Grinstead, West Sussex, Cribb and Molineaux had met for the first time in the middle of a driving downpour.

The clever money had changed hands on Cribb as punters wrote off the chances of the unknown American. The sodden bookies were predicting a triumph within the first 15 minutes. They were dead wrong.

Anxious faces dripped pale in the rain as Molineaux dished out a king-size pasting to the English prizefighter. The crowd stared on incredulously as a flabby-looking Cribb buckled and swayed under the force of Molineaux’s decisive cuts and jabs.

Clearly enjoying the best of the action from the off, in the 23rd round Molineaux knocked Cribb unconscious to a choir of English gasps.

At this moment, the nation’s pride was at stake: British men were fighting Napoleon’s armies in the Spanish peninsula and the country was physically and financially exhausted. Not to mention fearful of invasion.

Bill Ward, the fighter’s seconder, suddenly shouted up that Molineaux was fighting with bullets hidden in his fists. The ensuing diversion, which proved to be unfounded, gave Cribb precious time to collect himself off the floor and regain his senses. The referee Sir Thomas Aspreece, having called “time” three times to Cribb, turned a scandalous blind eye to the cheating and the bout continued.

In the 30th round, Molineaux felled Cribb again, but, in the process, slipped and banged his head. As a result, the crowd looked on as both men lay out cold in the ring as the rain drizzled down on top of them.

Once revived, they fought on until Cribb managed a lucky knockout in the 39th round and the title was his. Although we know who should have really been the winner.

Later it was discovered Molineaux had been fighting with a skull fracture.

The journalist, boxing fanatic and sports writer Pierce Egan witnessed the clash and described the American as “The tremendous man of colour.

“Molineaux proved himself as courageous a man as ever an adversary contended with … [he] astonished everyone, by his extraordinary power of hitting and his gigantic strength, but also by his acquaintance with the science, which was far greater than any had given him credit for.”

Cribb’s ill-gotten victory sat uncomfortably with the upper echelons of the boxing fraternity.

Two months after the fight, The Times published a letter purporting to be from Molineaux challenging for a rematch.

The Prince of Wales reputedly read the letter and through his dandy friend Beau Brummel, word was passed round that the HRH expected Cribb to honour the challenge.

On January 29, 1811, at Fives Court, Leicester Square, Cribb accepted Molineaux’s challenge. The location was to be a site off the Great North Road, better known now as the A1, in Leicestershire.

‘Gentleman’ John Jackson, an ex-prize fighter, was selected as the referee and Cribb chose his seconds as John Gulley and Joe Ward. Molineaux’s men were the notable black boxers Bill Gibbons and Bill Richmond, a New Yorker who ran the Horse and Dolphin tavern in Leicester Square.

The location of Wymondham was chosen because it is at the juncture of three counties. The spot was significant because prize fighting was illegal. If magistrates from one county turned up to stop the action, the fighters could skip over to the next boundary and the lawmen would become powerless spectators.

As it happened, the magistrates closed court early on September 28… so they could watch the match.

On the eve of the fight, Tom Cribb rented rooms at the Black Bull Inn, at Witham Common. Molineaux stayed at The New Inn, in Greetham, where he spent the evening eating steak and nursing a drink problem.

Cribb, under the coaching of one Captain Barclay, was in the best condition of his career. The flabby stomach and puffy skin of December’s meeting had gone.

A farmer was paid £50 for the loan of the field and a wooden stage was built.

The fighters were brought face to face by their seconders across a chalk square in the centre of the ring, they shook hands, and at 12.20pm, “Gentlemen,” shouted Jackson, the referee, “fight!”

From the off, Cribb took charge.

“Cribb had the best of it,” said Dick Christian, a famous rough rider and horse trainer from Melton.

When his memoirs were written in 1857, at the age of 78, he recalled hearing the blows in the ring “as plain as any drum”.

For the match, Dick stood on his horse’s saddle, enjoying a plum view a mere 10 yards from the ring.

“Cribb had a place under his eye as big as a goose egg and Gulley lanced it for him,” he remembered.

In round nine, Cribb struck a beautifully-timed blow to Molineaux’s head and broke his jaw.

The American did not rise to his feet before the statutory 30 seconds. As his opponent lay dazed, Cribb danced a horn pipe around the stage to the cheers of the crowd. The match would have been won if not for Cribb’s bragging. 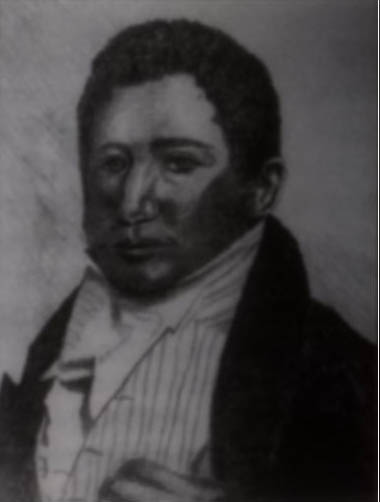 The ref, as the rules dictated, needed to be able to raise Cribb’s right hand to declare him the official victor – and he couldn’t do that while the boxer pranced in the ring.

By round 11, both fighters were bloodied and severely wounded, but it was Molineaux who looked the unsteadiest on his feet.

A decisive right from Cribb connected with the American’s head and Molineaux was knocked out cold. It was to be the last punch of the match.

Cribb had won. The fight was over in 19 minutes and 10 seconds.

Tom Molineaux continued boxing after losing the clash in Wymondham, but never again had a fight of the same magnitude. Nothing, though, could take away the fact he was the first American boxer to challenge twice for the World Heavyweight Title.

While giving sparring exhibitions during a tour of Ireland in 1818, Molineaux became seriously ill, the combined result of tuberculosis and heavy drinking. He was taken in by the black members of a British Army regiment stationed in Galway, where he was due to give a boxing demonstration. Tom collapsed and died in the band room of their barracks.

Reputedly, his last words were “I can fight no more.” Tom was only 33.

In 1926, the English film director Harry B Parkinson made When Giants Fought, a love story based around the outcome of the boxers’ first meeting in 1810.

Tom Cribb fared better than his old opponent. He retained the title of English bare-knuckle champion until 1822 and is a legend of the British prize ring.

After retiring from the sport, Cribb became the landlord of a pub in Panton Street, Piccadilly, a new pub within throwing distance of his old haunt, now bears his name.

In later years, penniless through gambling and drink, Cribb moved in with his son and daughter-in-law, who lived above a baker’s shop in High Street, Woolwich.

The great boxer was buried in the Woolwich churchyard of St Mary Magdalene. A large Portland stone lion, paid for by public subscription, was created by sculptor Timothy Butler. It remains there to this day.

In Wymondham, there remain a few tell-tales of the village’s little known chapter in boxing history. A short distance from Thistleton Gap lies Cribb’s Lodge Meadow, and in the cosy environs of The Berkeley Arms you will find a handsome snug –  The Cribb Room. 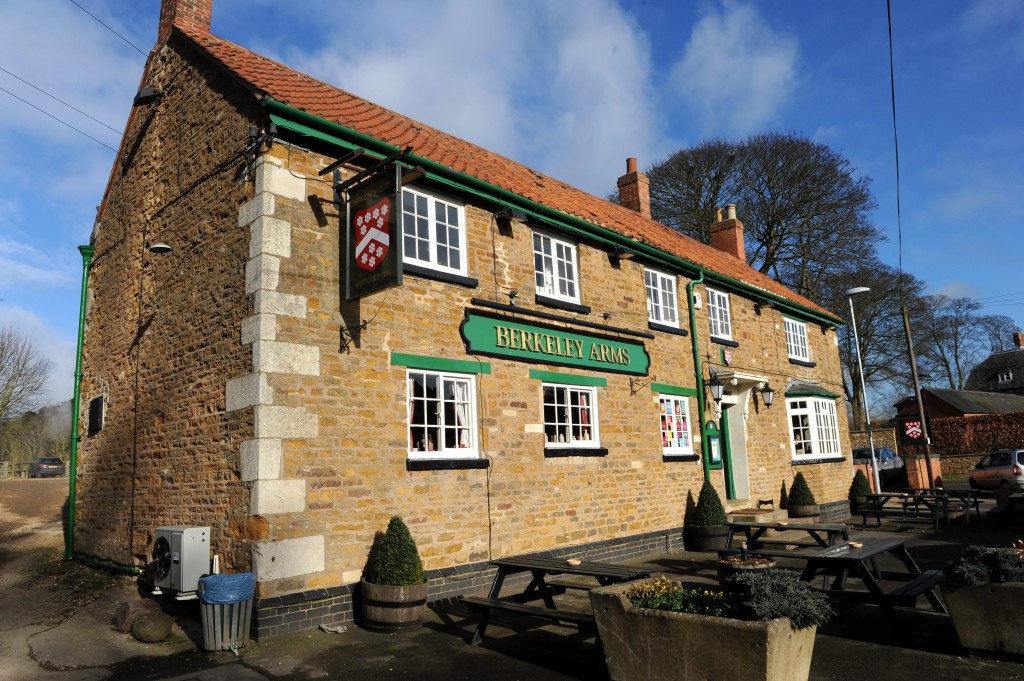 This is a rejig of an article which appeared in the Mercury, I’ve corrected some of the grammatical and typographical errors added by the sub/s.