Current affairs When it’s actually okay to get yourself arrested

When it’s actually okay to get yourself arrested 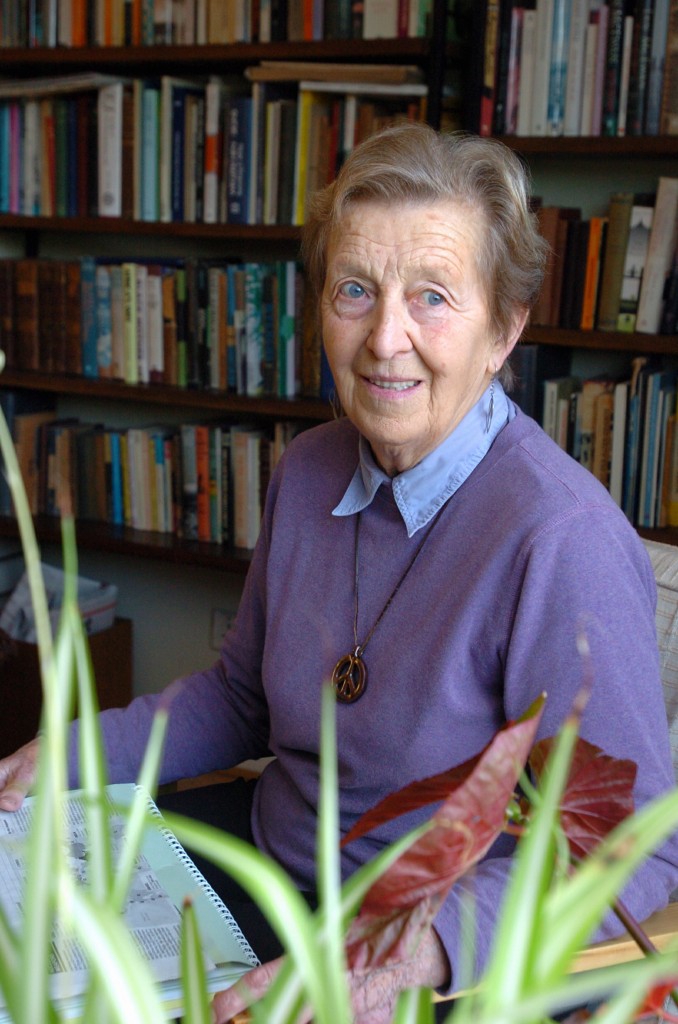 It’s a tough question. Marlene Yeo looks skyward and then slides her eyes to the left in the hope of tweaking out the answer from a corner of her brain. The grey-haired 74-year-old looks defeated – she can’t remember how many times she’s been arrested.

“I should keep a tally,” she chuckles apologetically. “I think it’s four or five. But of course, arrests and charges are different.”

Marlene, in neat black slacks and a mauve jumper, could quite possibly be the county’s most unlikely law-breaker. The all-action grandmother has even done time in prison.

With a track record that singles her out as an anti-nuclear troublemaker, the retired teacher has been campaigning against nuclear weapons since the atomic bombing of Hiroshima in 1945.

When “Little Boy” landed on Japan with a power equivalent to 12,000 tons of TNT, it incinerated 80,000 people outright.

“I thought that would be the end of it,” sighs Marlene playing absently with her CND necklace.

“Then, much to my horror, that obsession with nuclear weapons went on and on, and then we started having Cruise missiles.”

A veteran of anti-nuclear protests at Greenham Common and Molesworth, she last felt the long arm of the law as she formed part of a human blockade outside Derby’s Rolls-Royce factory last month.

It was a peaceful protest against the company which is making engines for Trident, the nation’s nuclear weapons system. Dressed in waterproofs, she was carted off to a police station and put in the cells, where she had “a bit of a kip”.

“We wanted to draw attention to the workers that they are actually committing a crime under the Geneva Convention,” says Marlene. 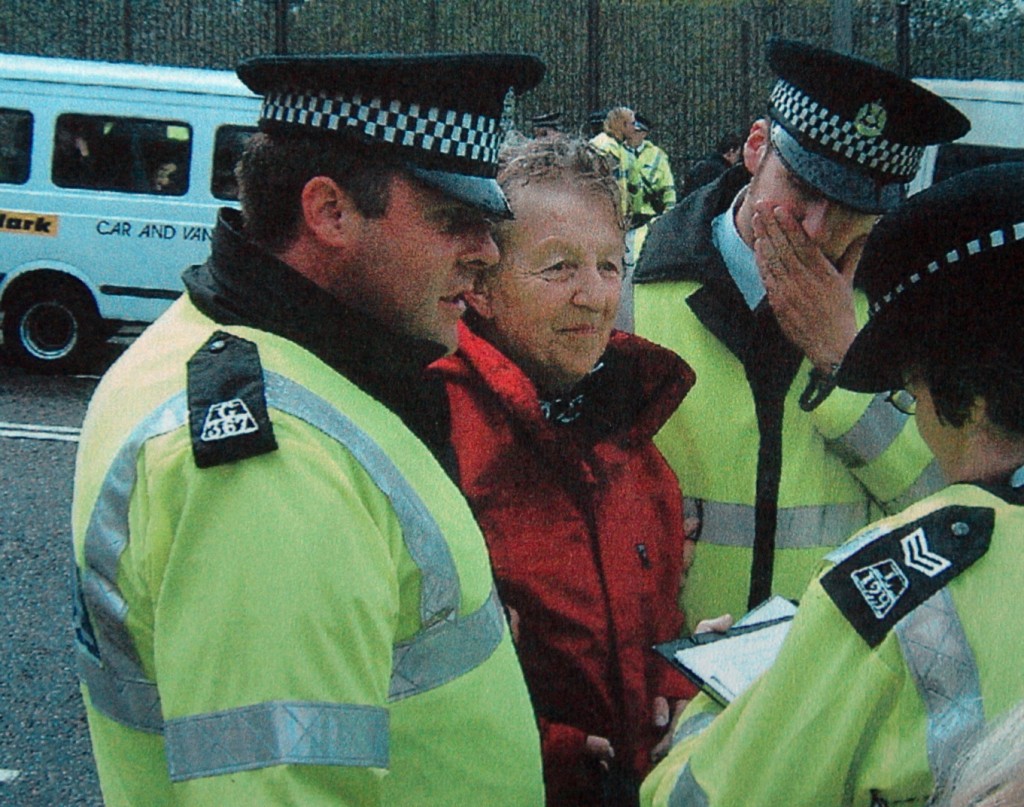 At home in Burton on the Wolds, there are a number of photo albums charting her non-violent protests. Flicking through them, Marlene has a smile that suggests they could be holiday snaps.

“I always say the good photos of me are in the arms of a policeman!” she beams.

As a member of Arrow (Active Resistance to the Roots Of War), direct action and blockades are as much a part of her life as spending time with her grandchildren.

“My arrest at Molesworth was the first serious direct action I took because I cut the fence – with much difficulty because my arms aren’t strong enough.

“I had a feeling the policeman who arrested me was getting quite frustrated because I tried and tried to cut the fence. I thought in any minute he was going to say, ‘Do you want me to do that for you’?”

Charged with criminal damage, she spent six days in Holloway.

The ageing weapons system will be unusable in 20 years, which means the Government will soon decide whether to replace it.

The cost, according to Greenpeace, will be about £25 billion.

What does she say to those who argue that nuclear weapons actually kept the peace during the Cold War, and that Britain needs Trident as a deterrent in an uncertain world?

“If you have nuclear weapons you must be willing to use them,” she says. “Then you would think, ‘If my opponent uses it, I’d better use mine first.’

“You have them for no other reason than that other people have them. It’s nonsensical.”

Marlene says she finds it hard to understand why people are happy to let the issue pass.

“I don’t know, it’s just a kind of inertia. Maybe it’s because it’s been around for 60 years and we haven’t used it yet,” she ponders.

“We all have a great capacity for shutting our eyes to what we don’t want to see.”

Maybe that’s why she insists she’s determined to try to keep our eyes open. Marlene has no plans to give up her peace-camp days.

Our photographer jokingly asks if she’ll still be doing it when she reaches 100.

“I hope I’ll still be at it,” she smiles, before changing her mind. “No. I hope I won’t,” she adds. “I hope it will be abolished by then so I can rest in peace.”

This article was published in the Leicester Mercury in 2005. Words and pix their copyright.