Countryside Up on the roof

Up on the roof 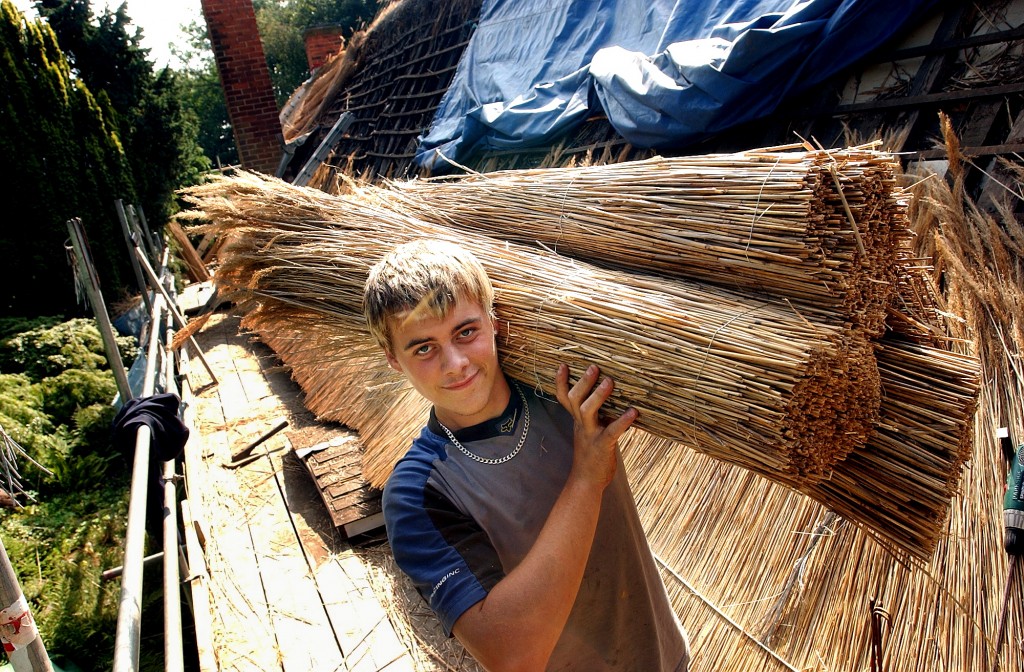 Joe Wykes, Lee Miller and Nick Reynolds are turning a golden shade of brown under the blazing sun. It’s a glorious, Tarmac melter of a day – the car thermometer reads 33C – and the three thatchers are up on the roof, overlooking a dazzling swathe of pretty, patchwork fields.

“When you get to the top of a ladder and you can see…,” says Joe, waving a hand across leagues of sumptuous scenery, “Leicestershire has gorgeous countryside and 90 per cent of people don’t know it exists.

“We’ve seen more of Leicestershire than most people,” adds the master thatcher, wiping away sweat. “You could drop us in by parachute and we would find us way home.”

Today, this trio of workmen are thatching Mrs Fowlkes’s pretty Oak Cottage, in the north west Leicestershire village of Blackfordby.

It’s Joe’s last day as gaffer, on doctor’s orders. Lee, 34, his nephew, will be stepping into his uncle’s shoes for the first time tomorrow.

The industry is enjoying a renaissance, insists Joe, 55.

“It’s a thriving industry, it’s not dying,” he says.

“It’s growing,” adds Nick, the youngest member of the team and still learning his trade.

“The interest in thatch is phenomenal,” continues Joe. “Lots of people are converting tiled roofs back to thatch – and it’s not just old houses, these are new builds. We’re working on new builds next year.” 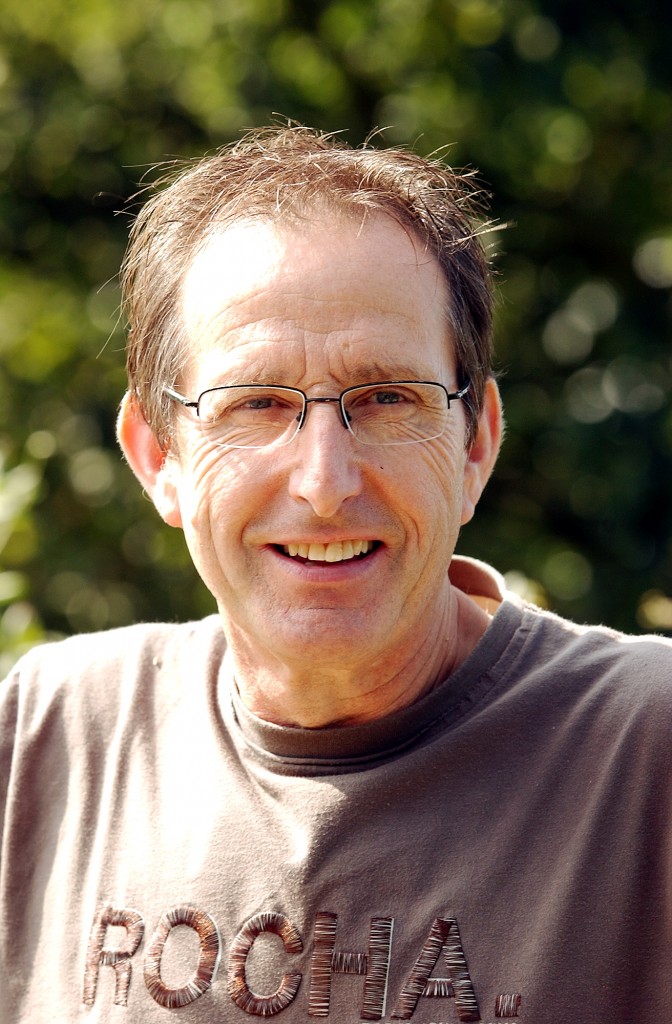 As an industry, thatching is thriving – it was worth £125 million in 2006. Despite this, job vacancies have been hard to fill. There were 300 last year.

These three thatchers have never been short of business over the past 16 years.

Joe will tell you that he started work as a clicker in the once-booming boot and shoe industry in Barwell, when he was 16 and straight out of school.

Back then there were 17 shoe factories in Barwell and Earl Shilton alone.

While he watched the industry disintegrate around his ears, his wife pointed out an article in a national newspaper about a man starting a thatching franchise.

In the end, Joe saw sense, got in touch with the man and went down for an interview in Berkshire.

Months later, in 1991, at the age of 39, he began a new profession. Since then, he has come second in national thatching competitions judged by fellow professionals in 1996 and 2002.

“It was the single best decision I’ve ever made,” he smiles.

Last year, the business took on 17-year-old Nick, from Hinckley, as an apprentice.

Previously, despite having advertised in the job centre for six months, only a few unsuitable candidates had responded, as weary shakes of the head from both Joe and Lee testify.

Nick, they say, is at the stage where he’s starting to become “useful”.

Next year, they hope to be taking on another recruit. Business, remarks Joe, is that good.

“Roughly speaking, we do about 25 to 30 quotes a year – it’s mainly Leicestershire – and of those, we do about one in three.” 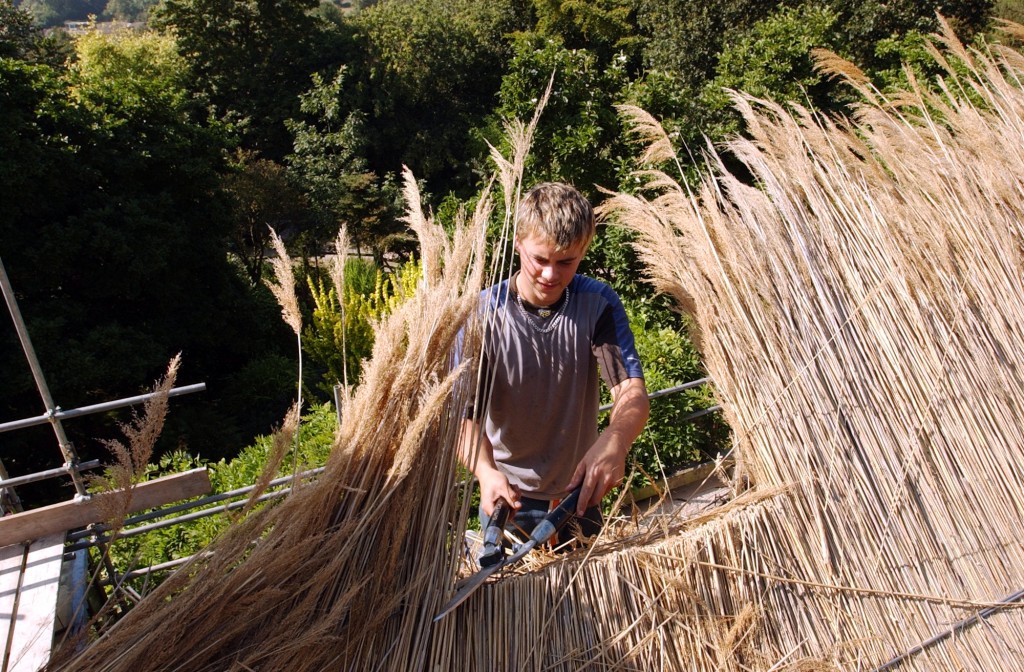 On average, the homes they work on are between 300 and 400 years old. Many are the oldest houses in the village.

It takes about five years to learn the ins and outs of thatching.

The all-important water reed comes from the Camargue, in southern France, says Joe.

“It’s the most expensive water reed this is, but I think it’s the best quality,” he says.

“You can get water reed from Norfolk, but it only meets 25 per cent of demand.”

Joe, a member of Rutland and Leicestershire Master Thatchers’ Association, has increased “the thatch population by four” since he began.

“We went skiing with a lot of thatchers and the rule was we couldn’t talk about work,” adds Lee, beads of sweat clinging to his brow.

“The problem was, we didn’t have anything to talk about.”

In the 1970s, you couldn’t get insurance for a thatch roof and many homeowners pulled them down and replaced the reeds with tiles.

There has been a U-turn since then, and thatch has come back into fashion.

“You’ve got the best insulation you can get, you can’t get more green and sustainable than thatch,” says Joe.

“As insulation, it’s second to none.

“It’s cool in the summer and warm in the winter and they love it for just that.”

If you ask Joe if his house has a reed roof, though, he will shake his head.

Thatch, he says, doesn’t tend to sit too well on a 1974 semi-detached.

It can be a tough job, though.

“Especially when it gets hot, or if you’re stripping old stuff off, it (the reeds) sticks to you,” says Nick.

“I’ve seen on a really hot day that the breeze will go round the thermals coming off the roof,” adds Joe.

Then there are the dangers of thatching – splinters, sparhooks up the nose, cutting yourself, falling off the ladder, wolf spiders, wasps nests.

Or, worse still, when they tell people what they do for a living, they always get a staple response: ‘What? Margaret Thatcher! Ha ha ha.’

“They all think they’re the first to say that,” says Joe as Nick nods his head.

“That’s all I get when I tell people what I do.” 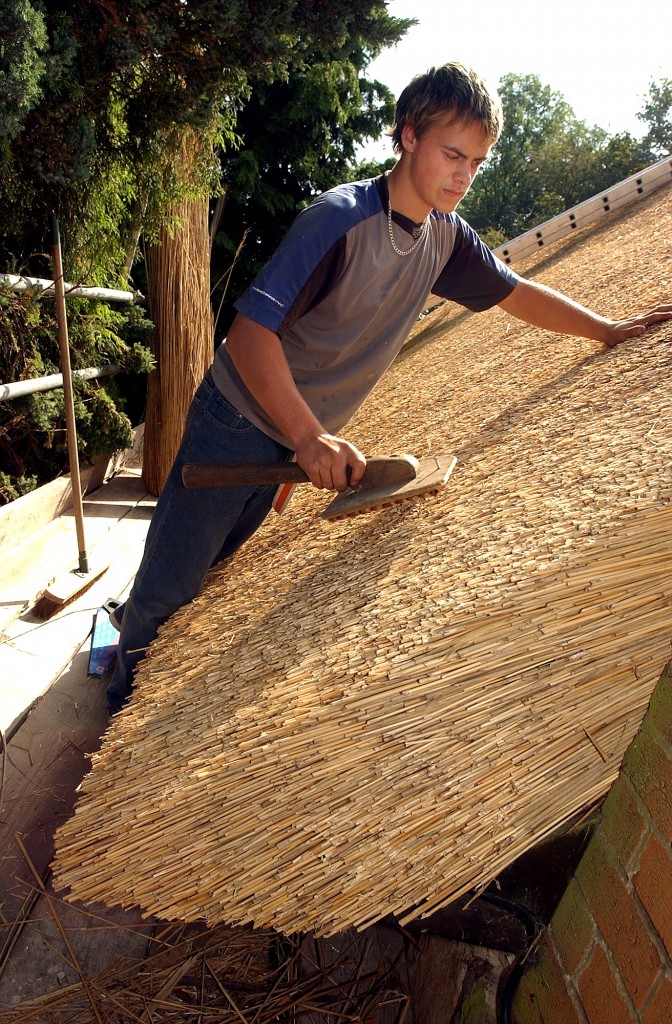 Working outdoors, sun cream is as much an essential part of the job as a leggitt, which dresses down the reeds, or sparhooks – used for ridging and ruttling the hazel down.

Or, indeed, a Dutchman, which looks like a leggitt, a sort of bash-handled club, dressed in rings of chainmail.

“The only power tool is a cordless drill, or a hedge trimmer occasionally for cutting the edge of the reed off.”

It must be a bit of a conversation starter, though, being a thatcher.

“If you go up the pub and you tell someone what you do,” says Joe, rolling his eyes “…I’ve always threatened to get a T-shirt with the questions on the front and the answers on the back.” 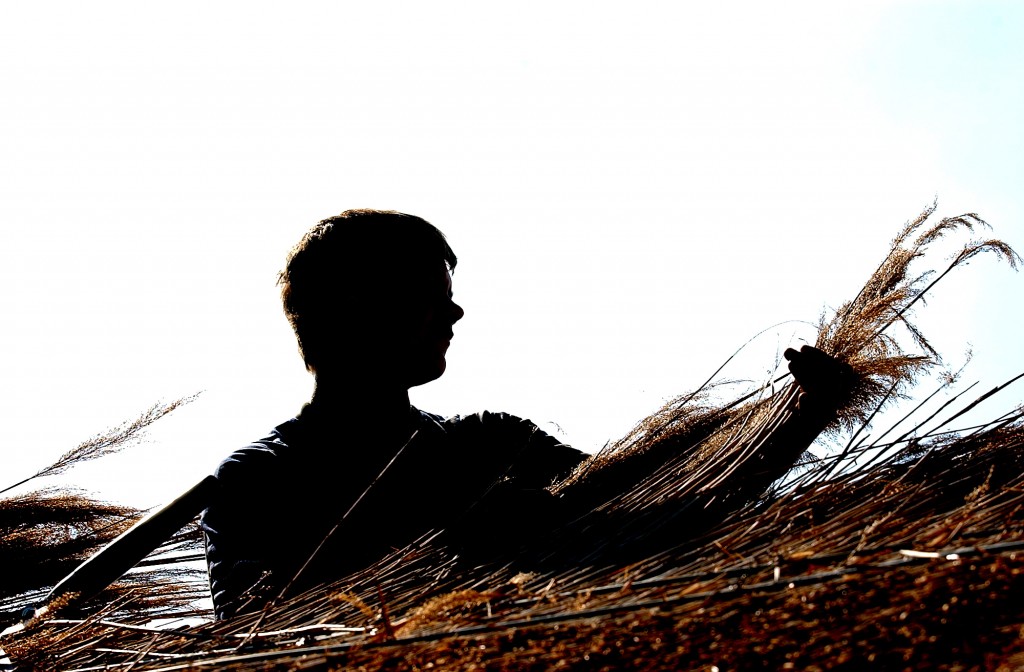 This article was first published in 2007.