Countryside A few words on gardening

A few words on gardening Earlier today I was at a friend’s house. Her garden has been transformed into an open air larder. Squashes grow beside the fence, cucumbers dangle excitingly from the vine in her green house and tomatoes as fat as your fist seem to grow about everywhere.

In an effort to help my poor apple trees, long irritated by the brambles poking through from next door, fire blight, and worst of the lot, woolly aphids, my clever chum ta-dahed me an ancient book on fruit trees.

How to deal with aphids? The book’s suggestion was to smite them down with enigmatic “DMH”, or ten per cent tar oil, or another evil-sounding substance whose name I forget, a liquid they probably stopped making in the 1960s, when it emerged the children of apple cultivators were being born without their ears.

Still. It struck me the book ignored the painful reality of growing fruit and veg. Of seeing your plants attacked by something often smaller than a toddler’s bogey.

In this book, there was a photograph of an apple tree’s woolly aphid infestation. The caption was missing.

The woolly aphid. A complete turd.

When we first moved into our house there was a vegetable patch at the back. We were quite excited because there was a potato crop a couple of months shy of picking. Later we picked lots of lovely potatoes. On closer inspection these were swimming with ugly black slugs. The ********. 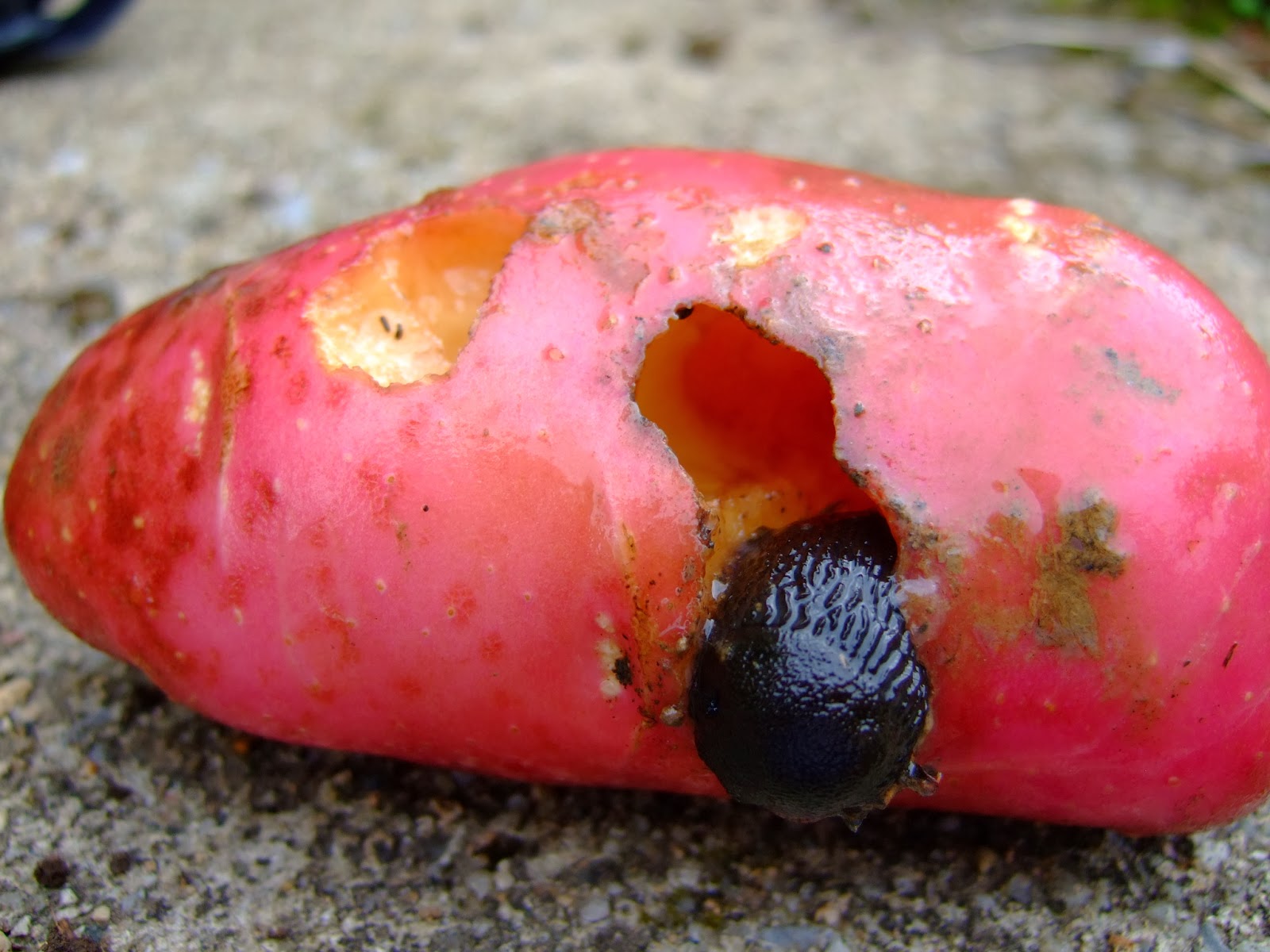 Slugs wouldn’t be so bad if they weren’t so bloody good at climbing. Or escaping.

Occasionally though, they meet their match. My gran once had a house in a valley in north Wales. The river Toddy flowed through her back garden. The tall grass surrounding the bungalow rippled with slugs (mostly massive). My gran hated slugs. But it wasn’t casual hatred. We’d turn up, get out of the car and look around. The first thing we’d see was my grandparents’ long sloping driveway littered with the corpses of fizzing slugs. Each unfortunate gastropod had been outlined in salt. It gave the impression of stumbling across a very small crime scene. Which, of course, it was. 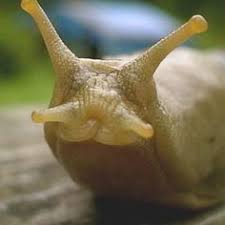 Slug: The face of terror.

Another menace of the garden? The grey squirrel: gymnast, acrobat, thief. Is there a rodent with more eff you chutzpah than wily Mr Squirrel? I doubt it. A few weeks ago I bought a bird feeder and filled it full of seeds. I purchased some fat balls to hang alongside on the hazel tree. Next morning my language was appalling. The hanging hoop of the bird feeder had been gnawed through. Its perches too. It had crashed onto the grass, spilling its contents. The fat balls’ hoop had been chewed through as well but its contents were unharmed. I brought the feeder into the house to see what could be salvaged. As I looked over my shoulder Mr Squirrel was belting down the garden with the fat balls in his teeth.

The grey squirrel: Mixed feelings. Cute and a sh*t.