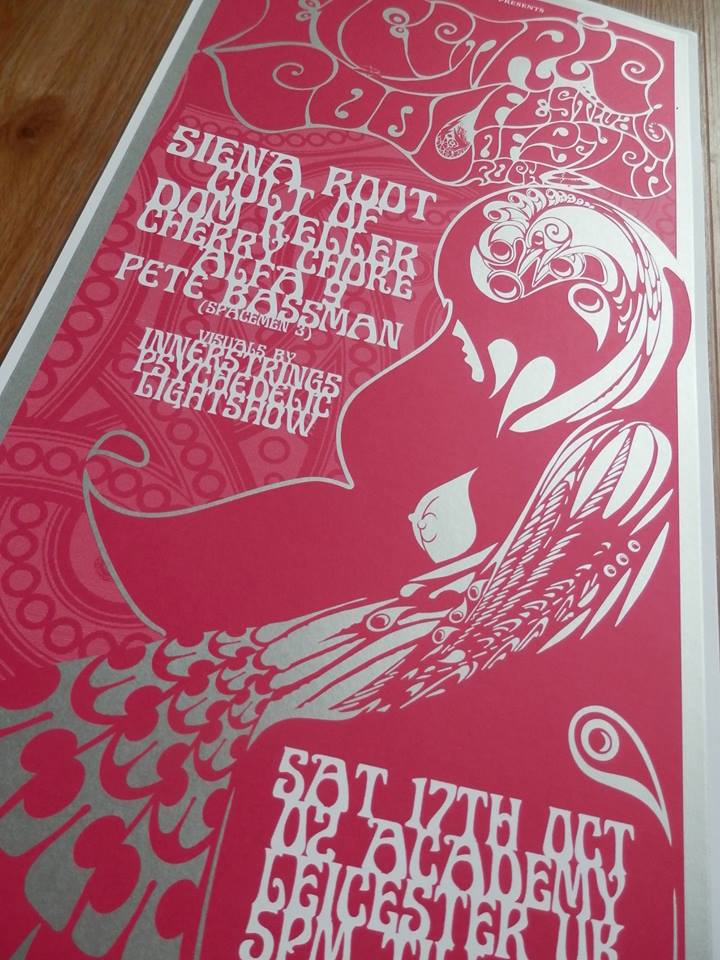 The headliners Sienna Root were rocktastic organic man-flesh from Sweden.

The Cult of Dom Keller were a Leicester-Nottingham hybrid with an awesome drummer.

And my oldest mate Ben, representing Western Park, and to some extent Hinckley, did the opening Moog atmospherics under the moniker The Early Remains.

Oh, and Pete Bassman, of Spacemen 3, was there with a guitar and microphone.

He also told an acquaintance that he and the rest of Spacemen 3 have made eff all squared over 20 years of royalties. Pete also said something so oohyorfightor, that my confidant would not share it, unless, naturally, he’d spoken to the NME first.

It was a lovely night, so thanks to Mathew Bethancourt for a second year of swirly guitars, manic keys and submerged vocals.

Sadly, we missed Cherry Choke when we went for a sobering sandwich at the uni cafe.

See this gorgeous pink and silver artwork? That was designed Mr Bethancourt, too. If you look on www.facebook.com/ThElectriCool there may be some left. 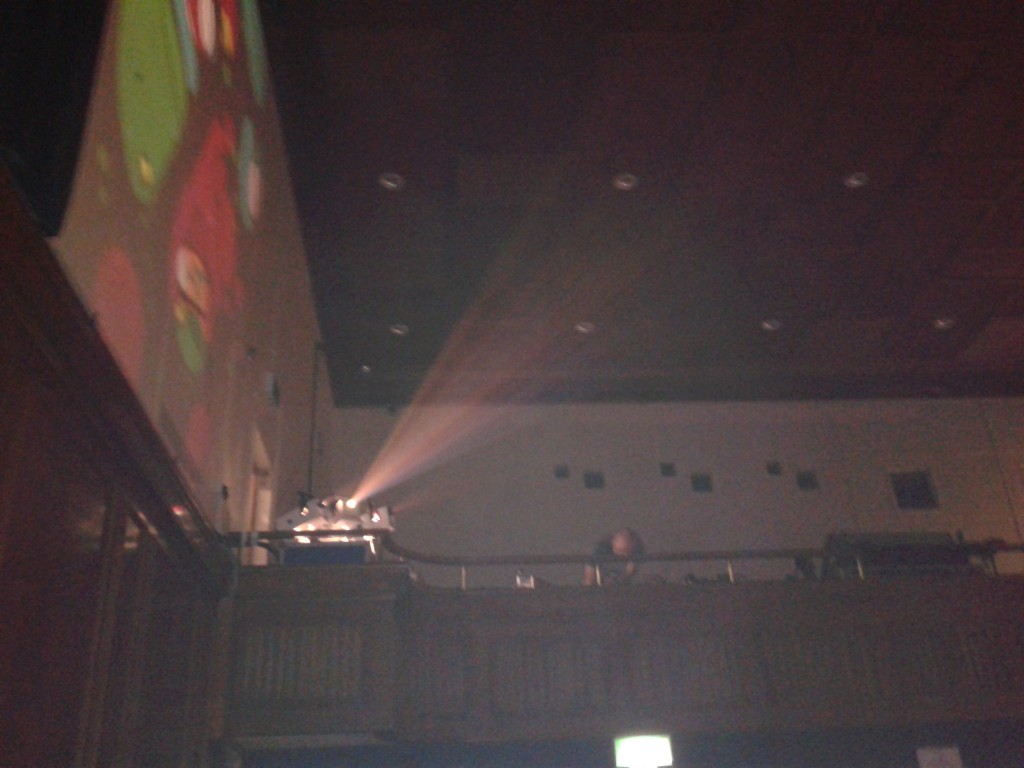 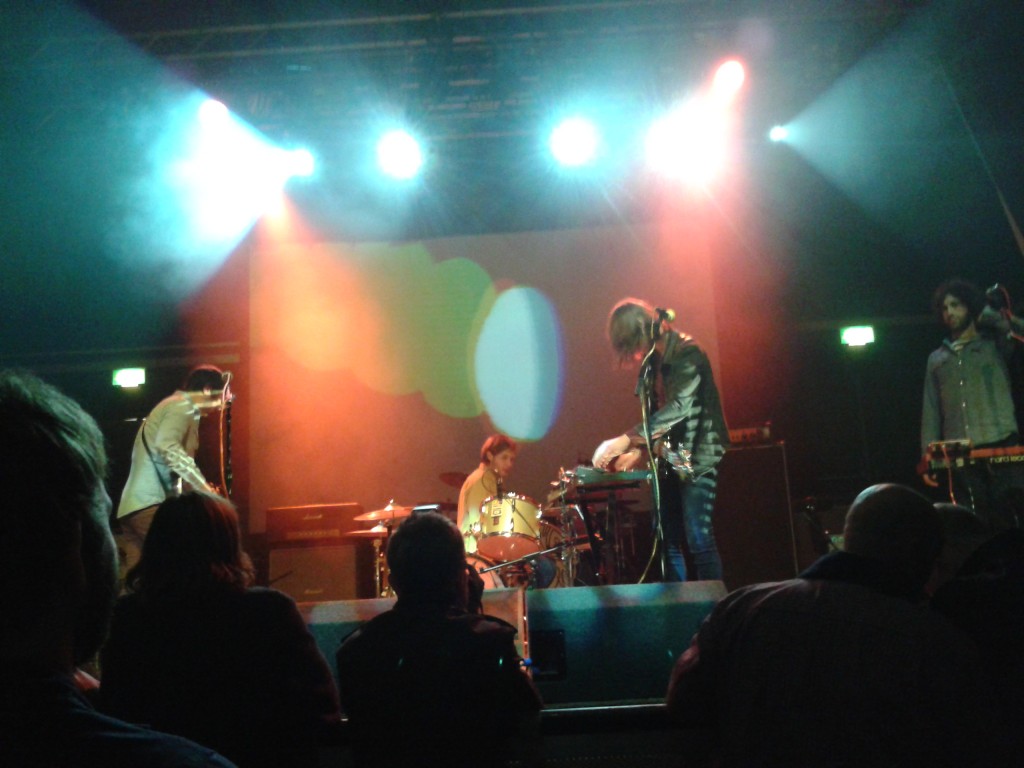 The Cult of Dom Keller. They were ace. Their drummer was excellent. 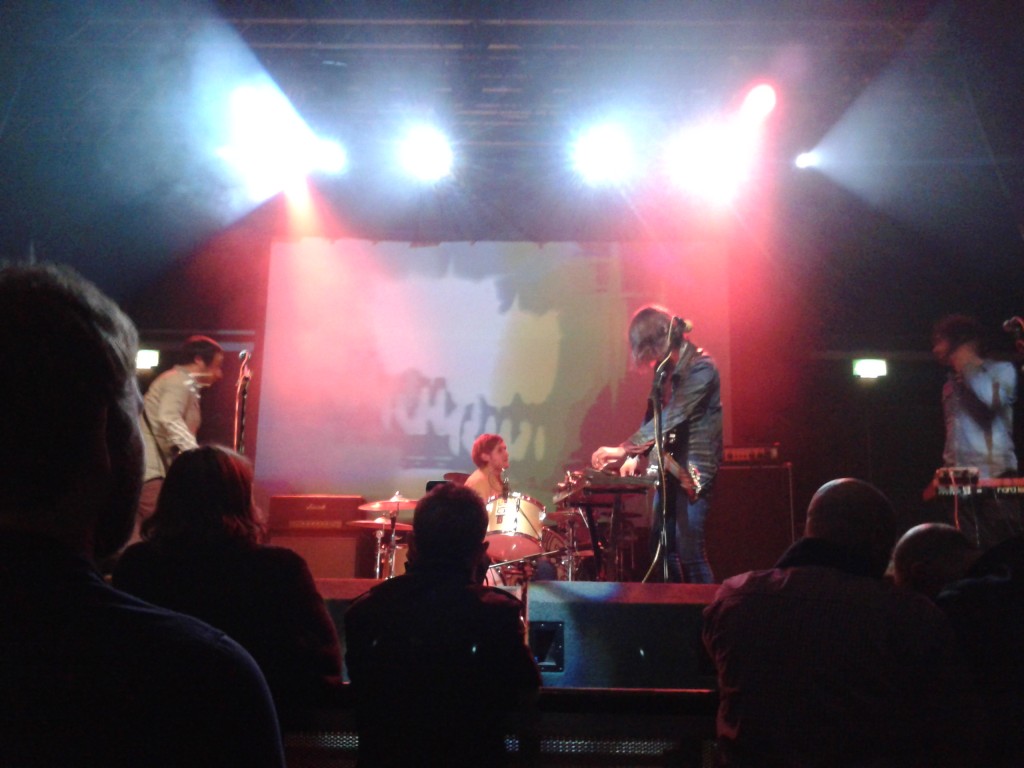 And this time in pink. 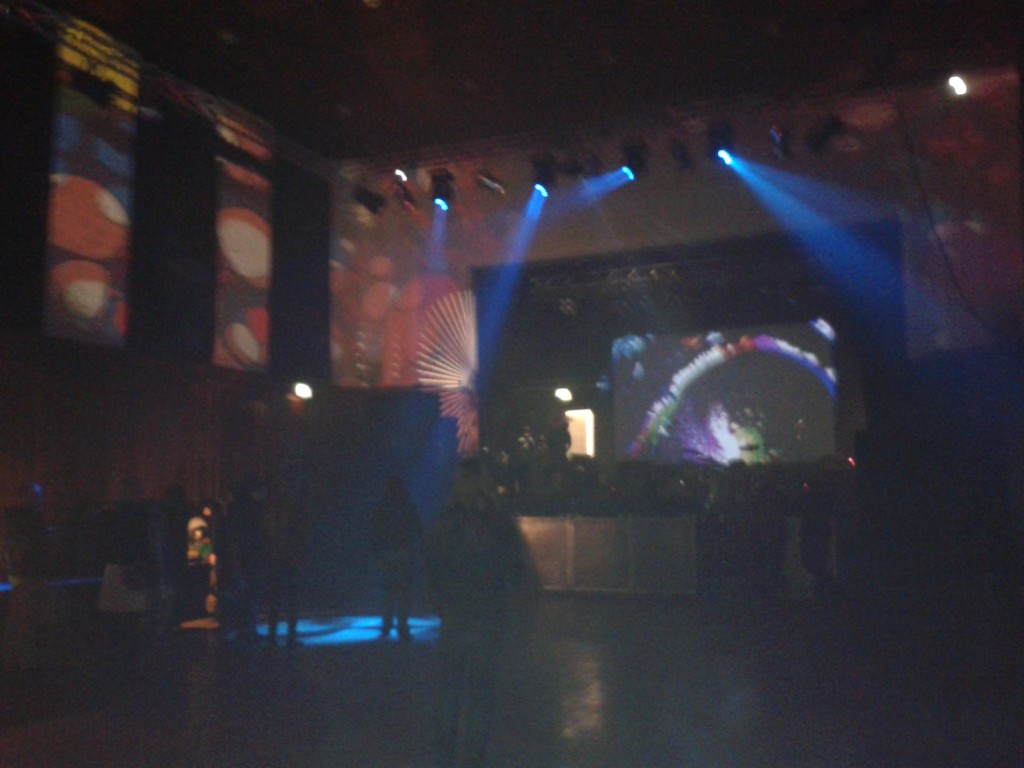 Sienna Root. They rocked hard. They made Sweden proud. I loved them. 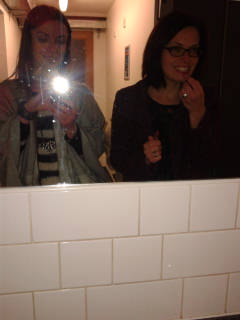 The person on the right gets a hangover on shandy.

And now this time with added Cherie Blair.