Roy Watts and the International Brigades 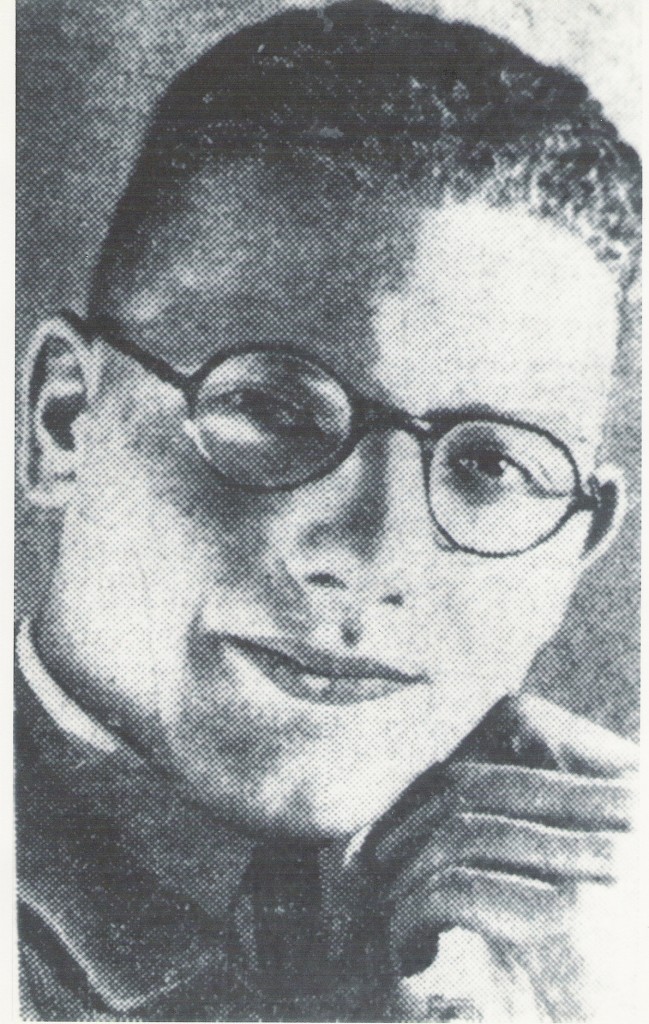 In the case of Co-op salesman Roy Watts, it made him leave the comfort and security of his life in Leicester, travel all the way to war-gripped Spain, and take up arms for a cause as black and white as ink on paper.

Roy wasn’t alone in his thoughts. As a member of the International Brigades he joined 30,000 volunteer fighters, from 50 countries, all spurred into action when General Francisco Franco began his stomp through Iberia on July 17, 1936. Franco’s political coup aimed to topple the elected president Manuel Azaña.

The chinless politicos in Britain and France saw the situation and opted for the negligible policy of looking the other way and whistling. They called it non-intervention.

The fact is many in the military units of the International Brigades could see a dark tide pulling in across Europe. These people; shop workers, miners, and many of them paid up communists, were the canaries in the mine. They caught scent of a future Europe crushed beneath the jackboot of a rapidly emerging nationalism and fascism. They saw the Spanish Civil War as the cue for worse to come. And, let’s be clear on this one, they were right. History tells us they were realists, not idealists. This international group of women and men foresaw the dawn of the Second World War. 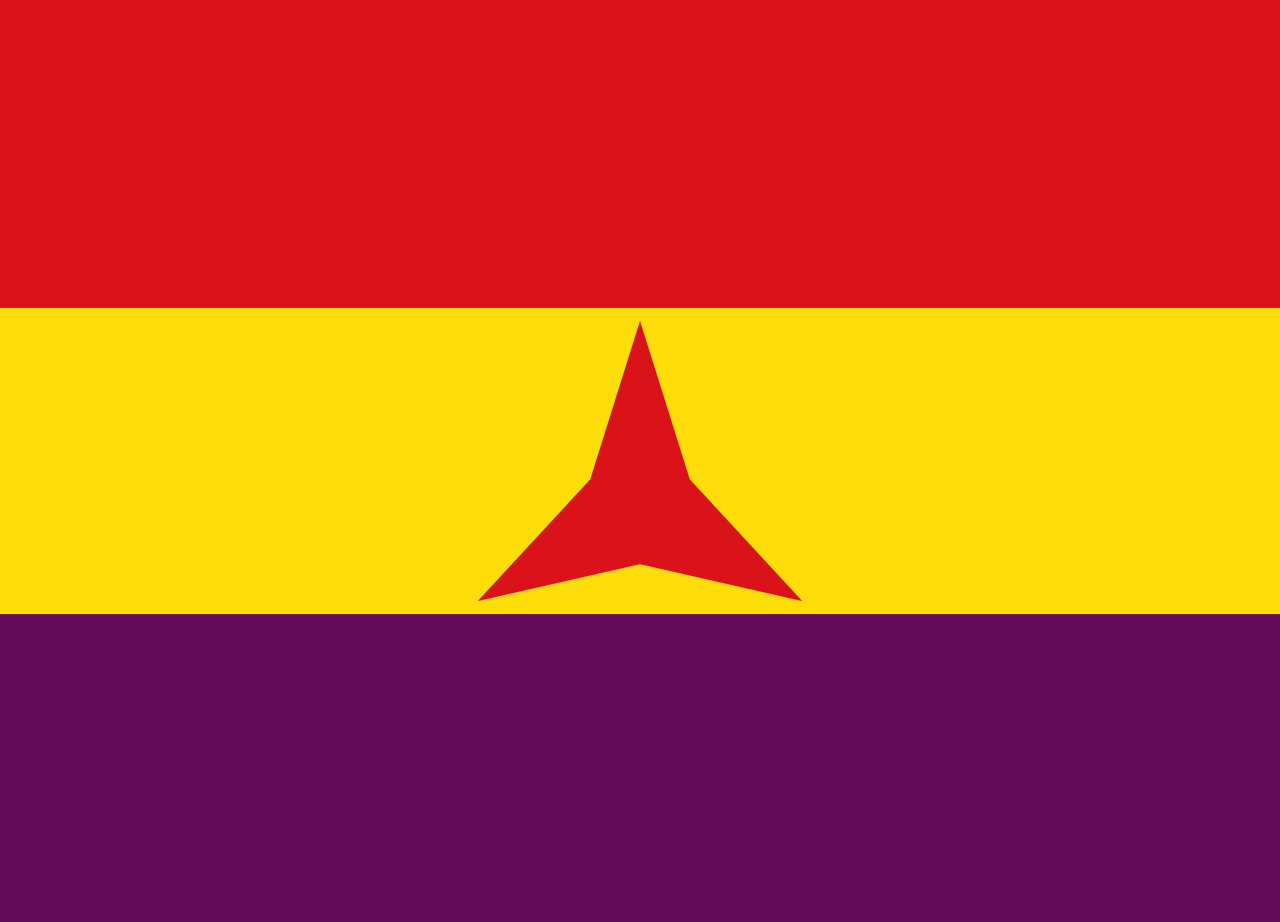 Flag of the International Brigades.

Roy Watts saw the storm coming and was propelled into action. His motives mirrored those of Sam Wild, a boatswain from Manchester, who became commander of the brigade’s British battalion in February 1938. His reasons for signing up were laid bare in an interview before his death in 1975.

“Well, to me it was elementary. Here was fascism spreading all over the world, the rape of Abyssinia, the rise of fascism in Germany and the persecution of the Jews there, and the rise of the Blackshirts in Britain with their anti-Semitism, and especially their anti-Irishism. I felt that somebody had to do something to try and stop it.”

“My dad was a working man,” adds Mike. “He faced unemployment in the 30s and had seen the Blackshirts marching in the streets and got into fights in the streets. He was a natural supporter of the underdog.

“He wasn’t a communist but he saw what was happening and he knew it wasn’t fair. He saw the working class and the Jewish people being victimised.

“It was almost that my dad, and people like him in Spain, could almost predict the future.

“Basically, they were decent people who weren’t necessarily wanting a red Europe, but what they didn’t want was a fascist Europe – they weren’t mugs.”

There’s a poem that says it well, concludes Mike, it’s called The Volunteer and it was written by Cecil Day-Lewis, father of the actor Daniel Day-Lewis.

“There’s a line in it which says ‘our open eyes could see no other way’, and that’s what happened, they went out there with open eyes to protect democracy and fight a fascist dictatorship.”

There was a deep groundswell of support for the Spanish republic in the British Isles. As a Leicester Mercury front page of Thursday, April 7, 1938 testifies, beneath the headline ‘Republican Spain appeals in vain for arms.’

The story was of how at that day’s annual conference of the South Wales Miners’ Federation in Cardiff, immediate strike action aimed at forcing the government to drop its arms embargo to the beleaguered Spanish government was withdrawn. The federation, representing 125,000 workers, resolved that its strike threat would be more persuasive with the full backing of the trade union movement.

“The resolution, which was carried, protested at the ‘farcical policy of non-intervention’,” read the Mercury.

“In his presidential address Mr Arthur Horner (Miners’ leader) said: “Victorious fascism, flushed with the blood of victims, may turn upon us yet, only a united people can save us.”

The lack of political will spurred many, in whatever guise they could, to help the Spanish republicans.

In the city, the writer Mary Attenborough – the mother of Richard and David Attenborough – was co-ordinating a scheme that saw 50 Basque refugee children offered temporary homes with families across the city and then later at Evington Hall.

But in the thick of it, there was Roy Watts, who, armed with his enlistment number 1710 and a sense of who knows what, arrived in Spain on Valentine’s Day 1938. The civil war by this stage was seven months old and still finding its feet.

Roy had already had a taste of the military, having spent four years as a volunteer with the Royal Naval Reserve. He was also a member of the Young Communist League and the National Union of Distributive and Allied Workers.

“I have served and been into action with the anti-aircraft artillery, infantry and transmission units,” revealed Roy. “I have been in most of the territory in loyalist hands, and was taken prisoner once. Apart from a slight touch of fever and a small piece of shrapnel, which took me to hospital three times, I have so far come through it all comparatively unscratched.

“I have learnt to love this country,” he went on. “The beauty of it is breathtaking. It is a sickening experience to pass through these lovely Spanish towns after the fascist shellings and bombings. I know that such an experience would soon stimulate those at home to oust those responsible for aiding aggression and war. Since our advances, the Fascist fury seems to know no bounds.”

Curiously, despite the fact Roy was so many miles from Leicester, a little piece of home had made it to him, he revealed.

“I had the good luck to secure a copy of the Leicester Mercury the other day and I noticed that a Leicester fascist had challenged you to a debate…War being what it is, one cannot make any forecast with certainty, but I expect and hope to be back in England by Christmas.”

Having served briefly with the communications unit of the XV International Brigade, then the Machine Gun Company, the 24-year-old was transferred back to the Communications Company.

Roy was with the company when he found himself amid the whirling chaos that was the Battle of the Ebro. At that stage the bloodiest skirmish of the civil war.

On September 16, in the hill range of the Sierra de Caballos, he was with British volunteers preparing for the Ebro offensive and its bid to capture the village of Gandesa. But the firepower of the rebels proved too strong.

Roy Watts’s last moments came crouched in a hillside foxhole as the shells exploded all around.

Seven months of fighting Franco’s forces came to an abrupt and devastating end when in the skies above a Nationalist Air Force bomber released its cargo, sending him and his cowering comrade into oblivion.

When the decision to withdraw came on September 21, the political commissar Peter Kerrigan described his shock at this terrible outcome of the battalion’s last action – 200 British fighters had been killed.

“I could give dozens of individual acts of heroism but what is the use?” he said. “The list of citations which I enclose, tells in brief official terms of the acts of deathless glory which were played out against a background of the cutting to pieces of our very bravest.”

A letter with the awful news of Roy’s death was dispatched to the Watts’ family home at 21 Daneshill Road, in the city’s Newfoundpool. Another had been sent to Roy’s friend W Duncan, of Mere Road, and had arrived on October 5, 1938.

An hour after that letter was received a meeting of the city’s Young Communists’ League at the beautiful Secular Hall building in Humberstone Gate was taking place. The chairman of the group, a Mr A Hall, took solemnly to the stage. He shared the news that a comrade had been killed fighting the fascists in Spain.

Also in the hall that evening was a young woman called Phyllis Rowe. She lived with her family at 92 Earl Howe Street in the city. She too had recently received communication from Roy – and word of his planned return and intention to renew old friendships.

“When the message was read Miss Rowe was greatly distressed and taken home by fellow members of the Young Communists’ League.

“Her father, Mr George Rowe, told the Leicester Mercury today that before leaving for Spain Mr Watts kept company with his daughter, and their engagement was expected to be announced on his return home.”

There’s a memorial bearing Roy Watts’s name in the Peace Walk, a contemplative place in the shadow of the Lutyens War Memorial, in Leicester’s Victoria Park.

“To the honour and memory of the Leicester members of the international brigades who died fighting fascism in Spain,” reads the inscription.

Roy’s name runs alongside those of two fellow Leicestrians – Fred Sykes and Jack Watson – who both breathed their last during the Battle of Jarama in 1937.

In 2008, members of the National Clarion Cycling Club and the International Brigades Memorial Trust – Roy was connected to both – went on a commemorative bike road through Spain to remember Roy and other members who had died in action.

In all, 500 British volunteers perished during the Spanish Civil War, while more than 130,000 people went missing during the three year conflict and half a million people died.

Eventually, with Spain isolated from her neighbours, Franco seized power. A government democratically elected by the Spanish people had been crushed. Democracy was dead. Fascism, aided by the Germans and Italians, was alive and well.

Franco’s victory was claimed on April Fool’s Day, 1939, and Hitler, who had bankrolled Franco, nodded approvingly.

At this stage the cogs of the war machine were already rolling. And Europe, as we all know, would soon be ablaze.

* With thanks to the International Brigades Memorial Trust. The trust is seeking information on Leicester volunteer Alfred Smith. They can be contacted on secretary@international-brigades.co.uK

*Warmth and respect to George Turnill, my great uncle, who with the International Brigades fought the fascists and perished at Teruel aged 25.

The Volunteer by Cecil Day-Lewis

Tell them in England, if they ask
What brought us to these wars,
To this plateau beneath the night’s
Grave manifold of stars –

It was not fraud or foolishness,
Glory, revenge, or pay:
We came because our open eyes
Could see no other way.

There was no other way to keep
Man’s flickering truth alight:
These stars will witness that our course
Burned briefer, not less bright.

Beyond the wasted olive-groves,
The furthest lift of land,
There calls a country that was ours
And here shall be regained.

Shine on us, memoried and real,
Green-water-silken meads:
Rivers of home, refresh our path
Whom here your influence leads.

Here in a parched and stranger place
We fight for England free,
The good our fathers won for her,
The land they hoped to see.