Uncategorised One of Hitler’s bodyguards…and his English wife, on how they got together

One of Hitler’s bodyguards…and his English wife, on how they got together 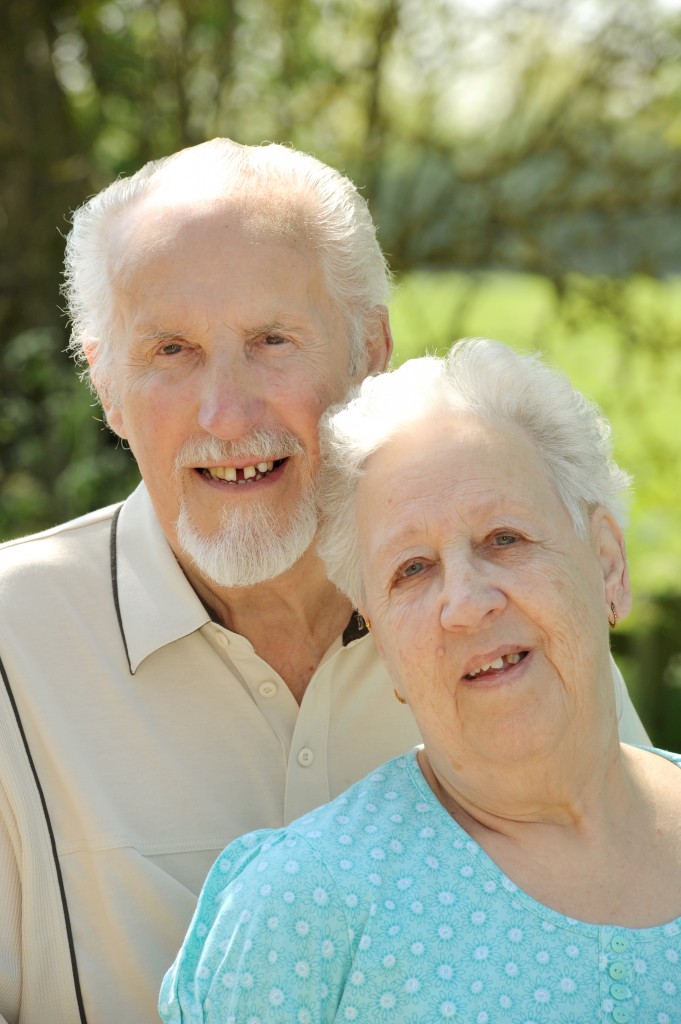 Betty Dickinson met Hans Kuhn, one of Hitler’s bodyguards, while he was a prisoner of war in Melton. They have four grandchildren, five great-grandchildren and live in Houghton on the Hill

Betty: When I first met him I worked at the George Hotel in Melton. It was 1948. My friend was going out with a German ex- prisoner of war. She was Catholic and they were having a fete at the convent on the following Saturday.

She asked if I’d go with her and make up a foursome. I said: ‘If my mother finds out she will kill me.’ She lost two brothers in the war.

My friend pestered me all week. I told her I’ll walk in front of him or behind him, not next to him.

My first impressions? He was tall, dark and handsome. He was very nice, very polite. He couldn’t have been nicer. It was just that he was a German and, to me, that was wrong.

The second time I saw him I’d been to the pictures with my friend and I’d sprained my ankle.

There were four Germans standing there, wolf-whistling. Hans came across and said: Can I take you home? He said: ‘I’ll carry you home.’ I said: ‘You will NOT carry me home.’

My friend said he wanted to take me out. Would I go? I said: ‘Tell him to meet me outside work.’ But, in the meantime, I was going out with a Welsh airman.

I told Hans to wait at the front door. I went out of the back with the airman. But, I was also going out with a lad I’d been to school with – he was so disappointed: He was crying when he told my mother I was going out with a German.

It was seven to eight months before I knew he was the one. What did we have in common? I don’t know, really. We just hit it off. We used to like walking, going to the pictures.

When we met he spoke very poor English. I didn’t speak German apart from auf wiedersehen. We used sign language all the time. He’s picked English up as he’s gone along. Now he’s forgotten a lot of German. He’s not been back for 69 years. His mother died, his brother was killed in the war and his father is dead.

We were married on October 15, 1949, at Melton Register Office. I was pregnant. My dad didn’t go. He said I’m not going to your wedding if you marry a German. My mother came, which was unusual for her.

Some were against it and some were all for it, but I used to take a lot of abuse. Spat on. Kicked. Called a Nazi lover. Was it frightening? Yes, when you’ve got a gang of lads around you, calling you names. Yes, that was frightening.

I only suffered abuse for about six weeks. I just ignored them. They got fed up with it. Our kids’ suffered, though, when they were at infant school.

Hans’s worst habit? If I’m doing something in the kitchen, cooking, he’ll come in and start interfering.

But he’s got a nice personality, he’s very friendly. He’d talk to anybody. Whereas I’m a bit aloof. I tend to stand back a bit. 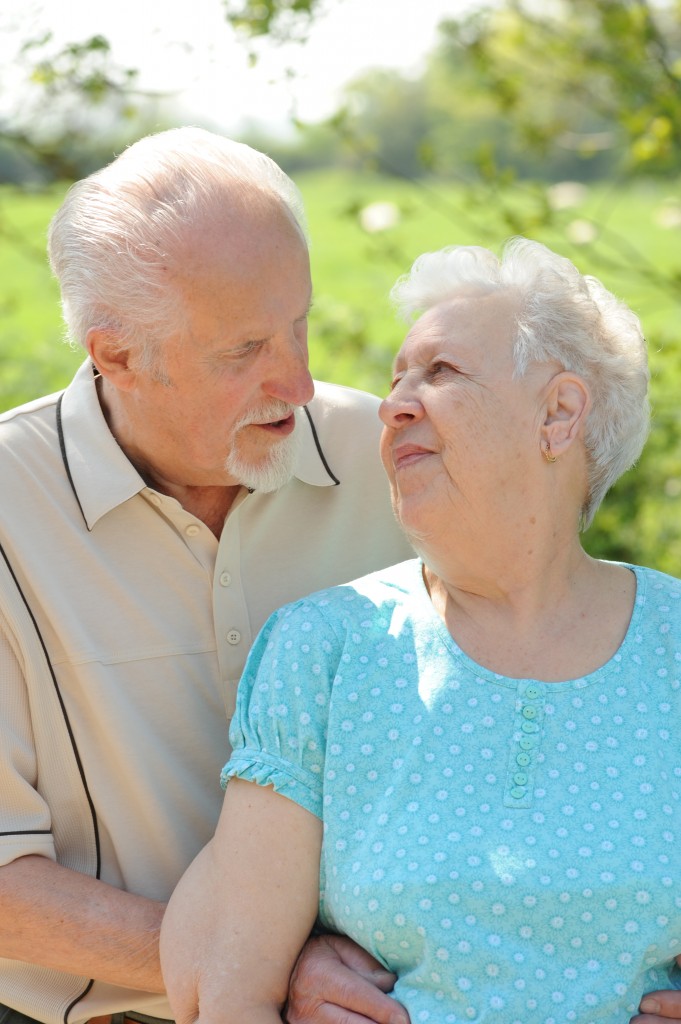 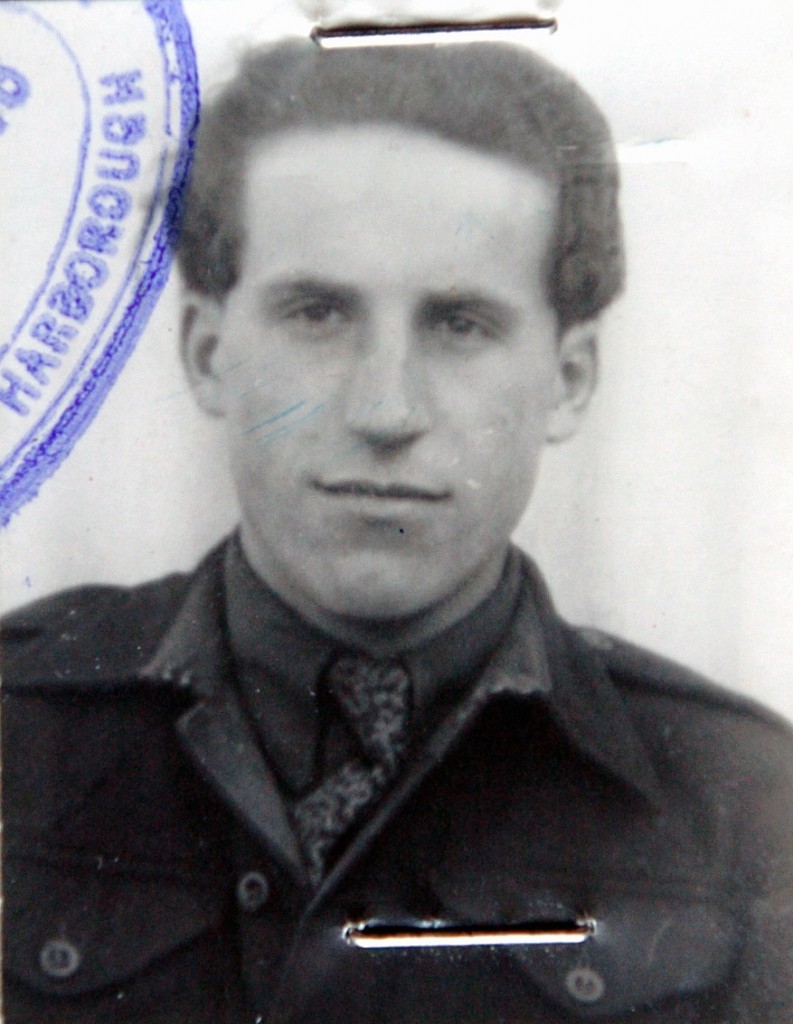 Hans: Betty came with her friend to a fete. “Hmm, not bad,” I said. On the second date, I said: “Next time I come, can you put less make-up on?” It wasn’t the right thing to say. I meant that she looked more attractive without the war paint.

We got a bit friendlier, going arm in arm. I think on the third date I kissed her good night. Now they meet, an hour later, they’re in bed. That’s why there are so many kids running about.

I got called all the usual things: ‘square head’, some bloke going by “Heil Hitler.” You had no chance to retaliate. Even though, by then, we were civilians. How did I feel about Betty getting abuse? It’s disturbing for the fact you’re thinking: how long will she take that?

When it was my time to be discharged as a prisoner of war, my mother wrote to me. She said, ‘Do not come home. You would be here five minutes before the Russians dragged you away to work in the salt or uranium mines.’

It was the second Christmas after we had Marianne, our eldest daughter, before I was fully accepted by Betty’s family.

Betty and I seemed not to disagree a lot of the time during the courting stages. We disagree often now.

Betty’s worst habit? If she does anything, I will say, ‘You can do it this way.’ She thinks she knows what to do and how to do it. She doesn’t like interfering. Betty likes her soaps, I’m not interested. Anything nature, that’s my subject.

But we do get on well together and I know what she does and doesn’t like. When she says no she means no.