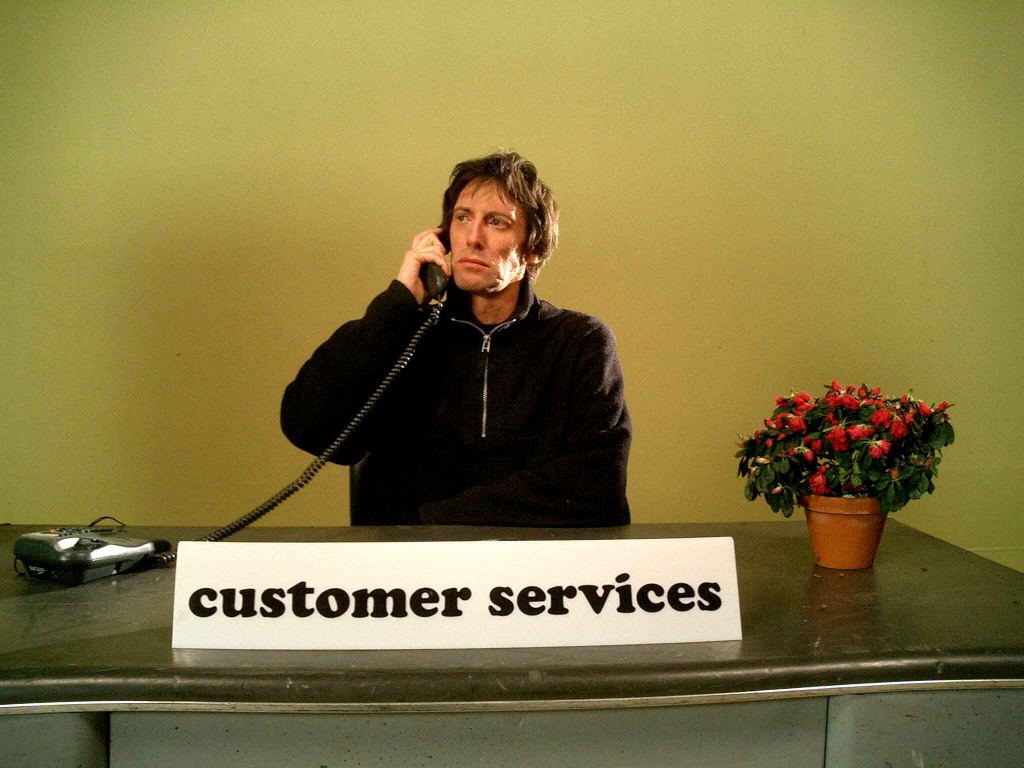 Mick Bunnage: Writer, cartoonist, musician. He once worked for Honey magazine, interviewed Vivienne Westwood, and got told to “get on with it” at the old Abbey Park music festival.

Mick Bunnage is a dream interviewee. The former musician, Loaded writer, cartoonist and Leicester resident has an unerring habit of making the mundane seem peculiarly jocular. Even when he’s trying to pronounce the address of his old stomping ground in Belgrave.

Mick has just seen the second season of cult comedy series Modern Toss launched on late-night Channel 4. It sees the return of such unlikely cartoon characters as Mr Tourette, the foul-mouthed signwriter, and Alan, the sociopathic bearded squiggle.

It’s the sort of dry, surreal humour that Leicester folk revel in, says Mick, who was a man about town back in the high-unemployment days of the early ’80s.

“I’m having flashbacks,” gasps the 49-year-old, as the off-the-cuff interview begins. So Mick starts with the facts.

Having graduated from Leeds University with a politics degree, the Essex boy moved to Leicester to live with his unorthodox band Deep Freeze Mice.

“We were in a tiny little terrace house, like Coronation Street,” Mick recalls. “We had a room each. Graham, the drummer, got the room downstairs and it was the rehearsal room, too.”

They lived “Monkees-style” in their cramped, dingy terrace, except unlike Mickey Dolenz or Davy Jones, they were all signing on and completely skint.

“We spent most of our time indoors drinking tea and eating biscuits,” he recalls. “I think we were all on the dole; it fits in with the times.” 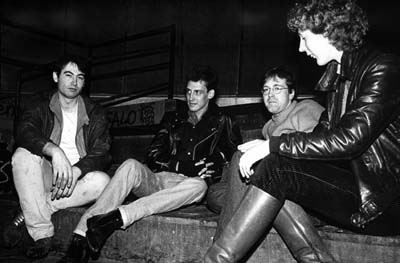 They all hated the landlord, to the point the rent was put in an envelope and nailed to a tree in the back garden, so he didn’t come into the house.

One day, Mick remembers, an electricity bill which thudded on to the mat was opened to a collective gasp.

Research revealed a neighbour had knocked through the roof space and wired his house up to their meter.

“It was quite an inspiring place, Leicester, I suppose,” he says. “It’s one of those places where there’s a lot going on.”

By which he means there were a lot of bands gigging in the city during the giz-a-job days of Thatcher’s Britain.

“It was the sort of place where you have to create your own outlets. The city was a bit run-down at that time, but it wasn’t depressing.”

Mick lives in London with his girlfriend and spends much of his time to-ing and fro-ing to Brighton, where Jon Link, co-creator of Modern Toss, lives.

“I came back in about 1997 and I think we drove past the old place. To look at it, it looked the same; there were just more people.” 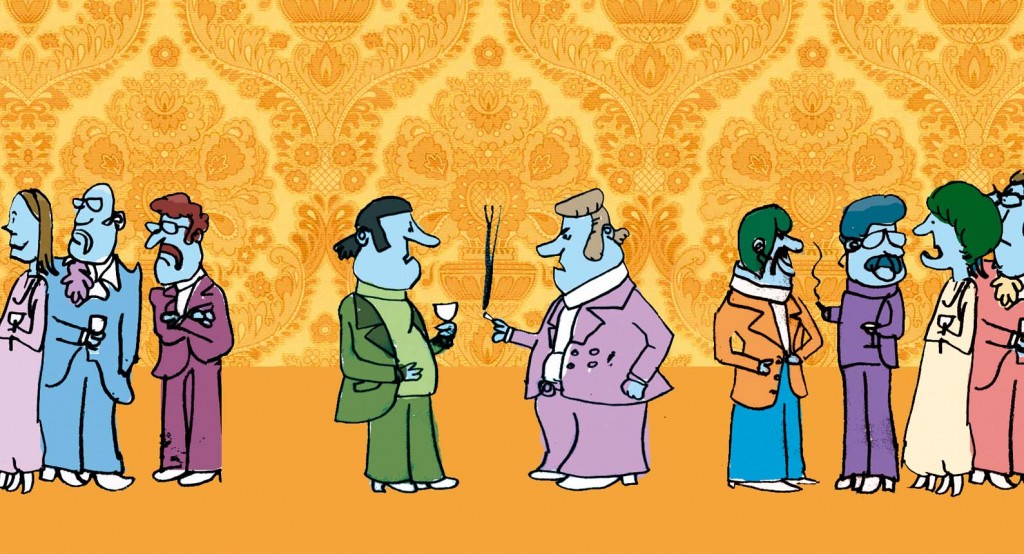 “There were about 12 people there,” he says. “I remember someone shouting ‘get on with it’. People in Leicester are pretty blunt – they tell you what they think.

“A lot of people we knew were from Leicester. They really had the Leicester attitude – it’s sort of clever and witty and dry and downbeat at the same time.”

But two years of being broke in Leicester was enough for Mick. He began writing music reviews and getting them published in the unlikely-sounding Honey magazine in London, which gave him a job.

His first interview was with prickly fashion designer Vivienne Westwood.

“I didn’t have a notepad or a Dictaphone, I just thought I’d have a chat with her. Luckily, my memory was really good then.”

As for the band, a sort of motley crew of academics, they recorded an album a year for several years and, while none were expert musicians, they had a good laugh.

“I can’t think of a band, before or since, that sounded as anywhere near as original as we did,” he says. “We were quite amateur, but very committed, and we were enthusiastic.

“At that time – 1980 – everyone was more or less doing their own thing. It was just the place and time for interesting music and the greatest crime was to be unoriginal.”

The band recorded their last album in 1988, although the group never officially split.

Mick met Jon in 1994 when the pair both worked at the newly-launched lads’ mag Loaded.

“At that time, at the magazine, a few people could write, but most people who were there were just having a real laugh all the time.”

One of his first creations for the magazine was Office Pest, an annoyance who’s in-house japes meant checking something awful hadn’t happened to your telephone when you left your desk.

“I remember doing ‘If Biscuits Were People’,” he laughs. “Martin Scorsese was a Bourbon biscuit.

“He had Bourbon legs and a little Scorsese head with a speech bubble which probably said something like ‘Alright, yeah?’”

There was also the crisp league table, a sort of World Cup for savoury snacks.

“I remember Walkers won, I think it was Walkers’ cheese and onion. It had to be, really.” 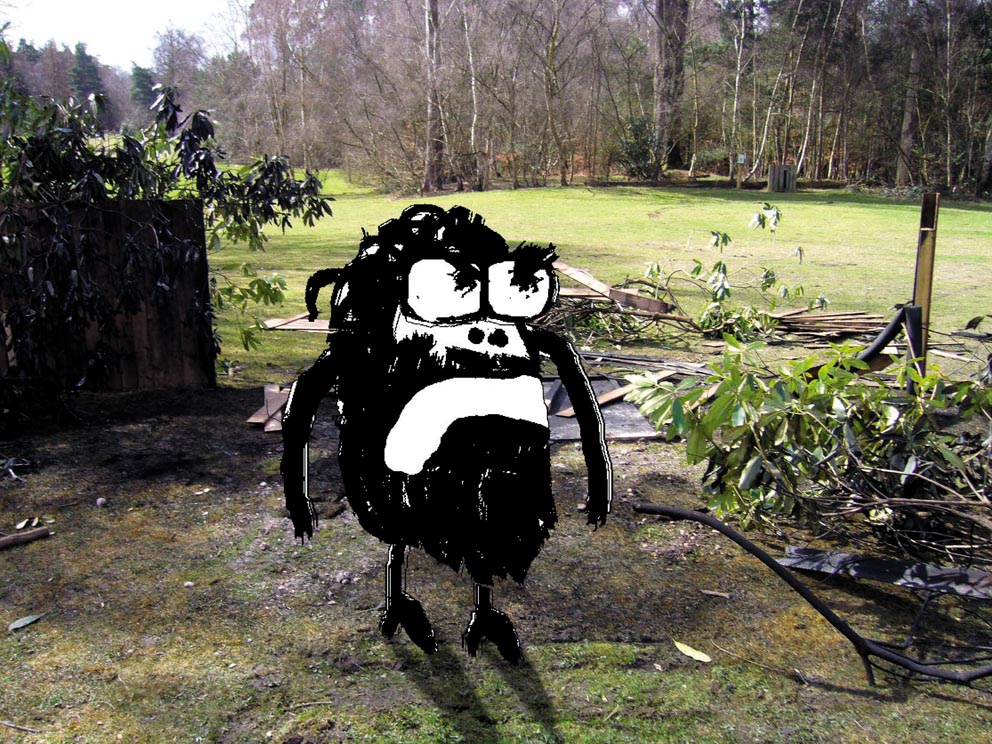 “We used to muck about quite a lot with silly ideas. Now, we’re like South Park, that’s our business model.”

Both Mick and Jon illustrate and write the gags in the comedy show and Channel 4, he says, has pretty much let them get on with the programme.

“The only thing they’ve ever said to us is, ‘make sure you keep a lot of the swearing in’,” he says.

“There we were, thinking of taking some of the swearing out – we’re a bit bored of it now.”

Channel 4 do have one strict rule – just one C-word per show.

An angry-looking black squiggle called Alan is among the viewers’ favourites.

“Alan is very popular with women, I think they just want to look after him,” says Mick.

“Then there are the Astronauts in Space – I love their pointless bickering – and Drive-by Abuser is really good for getting things off your chest.”

More of this series is made up of live footage, with fewer cartoons than in season one. Mick says they went out the other day and ended up filming “a lot of fat blokes”.

Talk of the show is interrupted by Mick breaking into a brief Leicester Who’s Who – Showaddywaddy, Daniel Lambert, Graham Chapman…

“With the Graham Chapman thing, there’s something about a place like Leicester that brings out the surrealism in people, which is where I think that comes from,” he says.

“It encourages surreal humour. You don’t get that so much in London.

“I met a lot of people who had that surreal sense of humour that you don’t get everywhere, and I think we’ve got a bit of it in our show.

“We certainly had a lot of it in Deep Freeze Mice.

“What’s going on in the city today?” he asks.

Well… there’s a bit of a hoo-hah about installing a statue of Gandhi in Belgrave.

“They should build a statue of Graham Chapman,” says Mick, slowly mulling it over, “holding a big Gary Lineker crisp.”