Uncategorised Leicester bogs – a new one on ‘Now wash your hands’

Leicester bogs – a new one on ‘Now wash your hands’ 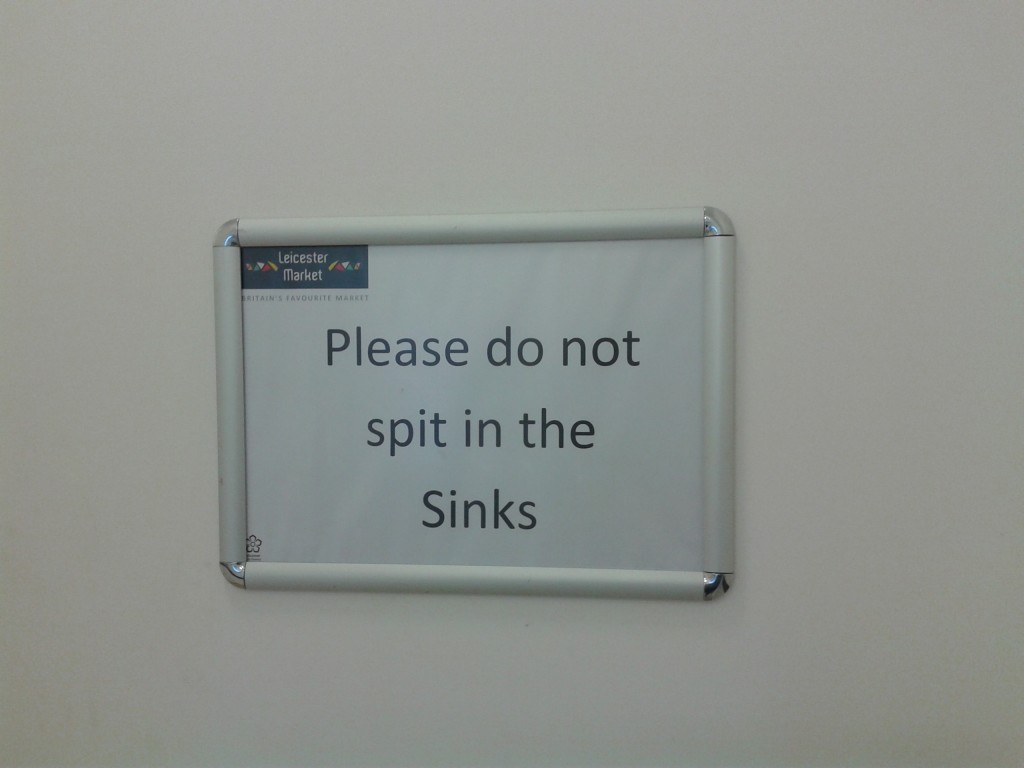 And there I was, clearing my throat, hocking up as much snot as I could, making that awful clawing noise which sends many a person queasy of stomach, and then I stopped in my tracks.

The sign on the wall in the ladies toilets in the Market Place spells it out quite clearly. No spitting. Or, to use the Leicester vernacular: no gozzing or flobbing.

Apparently, it’s a big thing in the Orient, a customary spit in a public sink, while pretty gross in the UK, it’s no big thing in China or Japan. Or even, I’ve been told, in the Middle East.

I recall an interviewee, on the old Skype from Shanghai, telling me that it would be a normal sight to see a man empty the contents of his nostrils onto the pavement while waiting to cross at a traffic light.

Which is a visual that has yet to fade.

P.S. I don’t spit in sinks. Honest. At least not public ones.