Cast your eyes over this beaut from the late 18th century.

Okay, now you’ve had a gander, how about having a closer look. Go on, really scrutinise it. 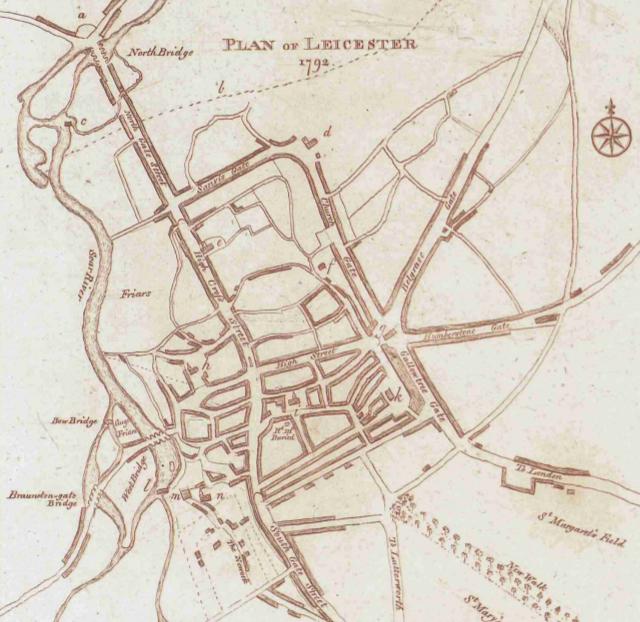 Actually, let me give you a helping hand. Below is a close up of central Leicester – fortunately, a considerable chunk of the layout is consistent with the modern city centre. 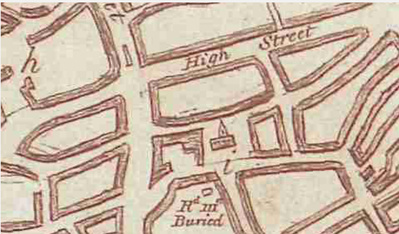 John Throsby – historian, artist, all round Splendid Human – was a clerk at St Martin’s from 1770 until his death in 1803. In Throsby’s The History and Antiquities of the Ancient Town of Leicester, he drew and inserted this map. And upon said map he included the resting place of Britain’s most notorious king. 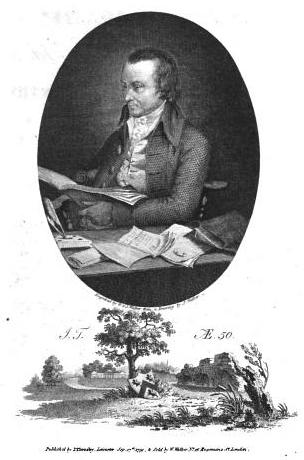 As the centuries trundled on, people began to believe that Richard’s bones had been pitched into the River Soar off Bow Bridge. It was believed because an imminent 19th century so and so historian couldn’t locate RIII and so created this story instead, a story which disguised his failings. If this chap couldn’t find Richard’s bones it was because there was no chance of finding them, not that he was unable to. Oh no no no.

It turns out that Throsby’s location was pretty close to the jackpot. The scoliotic bones of Richard Plantagenet were unearthed, to a worldwide fanfare, by a team from the University of Leicester in 2012.

The discovery was made in the trapezium to the immediate right of Throsby’s estimated resting place.