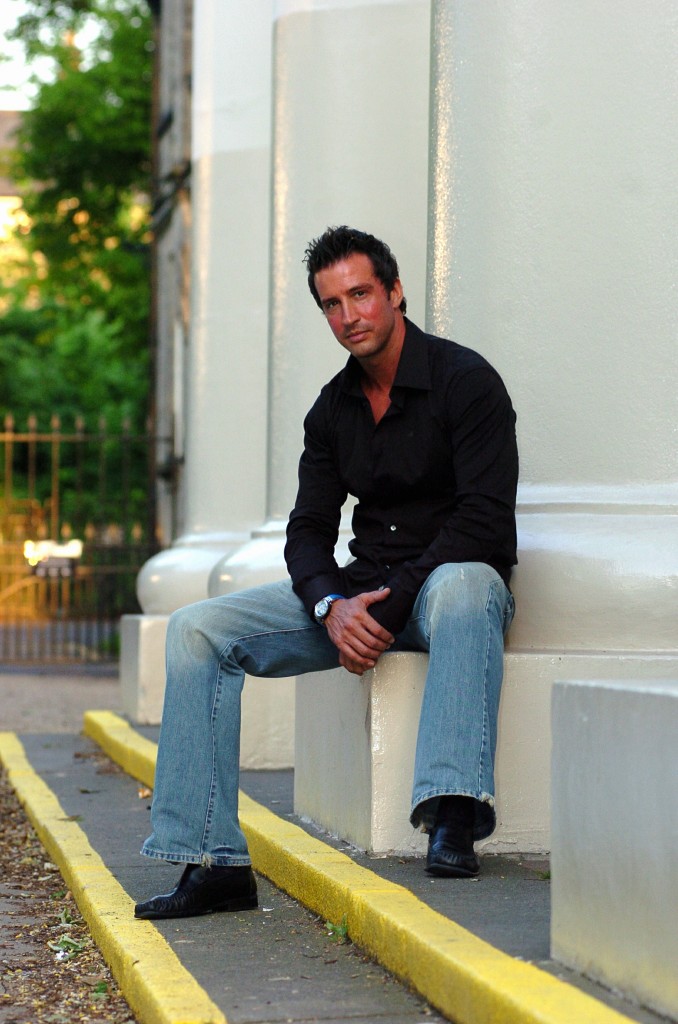 It’s a sweaty Friday night and scores of people are enjoying the bars of Leicester’s leafy New Walk. Basking in the fading rays outside Pause, the time has just gone 8pm when Tony de Sergio arrives.

Tall, toned and tanned, he takes a seat and soon, perhaps expectantly, the conversation turns to sex.

“Big Brother,” he sighs. “The biggest fuss has been over who are going to be the first housemates to have sex. They’re even taking bets on it. Isn’t it all a bit too much?”

He has a point. Since Big Brother re-emerged on Channel 4, the tabloids have been fixated on the fleshy activities of its contestants.

“And music videos,” adds Tony, before launching into a diatribe about the overtly sexual nature of vids made for Christina Aguilera et al.

Hang on. This is Tony de Sergio complaining about sex on TV.

Smartly-dressed with his rock-hard pectorals exposed above his dark shirt, we begin discussing business.

Tony, a former chef, started shedding his clothes for the camera while modelling for ladies’ magazines such as Women On Top, before getting into adult films.

As the 38-year-old says, it got him used to the idea of being naked.

He wasn’t always happy with his body, though. When he was younger he saw himself as “an ugly duckling” and only met his first proper girlfriend when he was 21.

Since then, he’s become a gym disciple, and been busy having sex in numerous locations and scenarios. 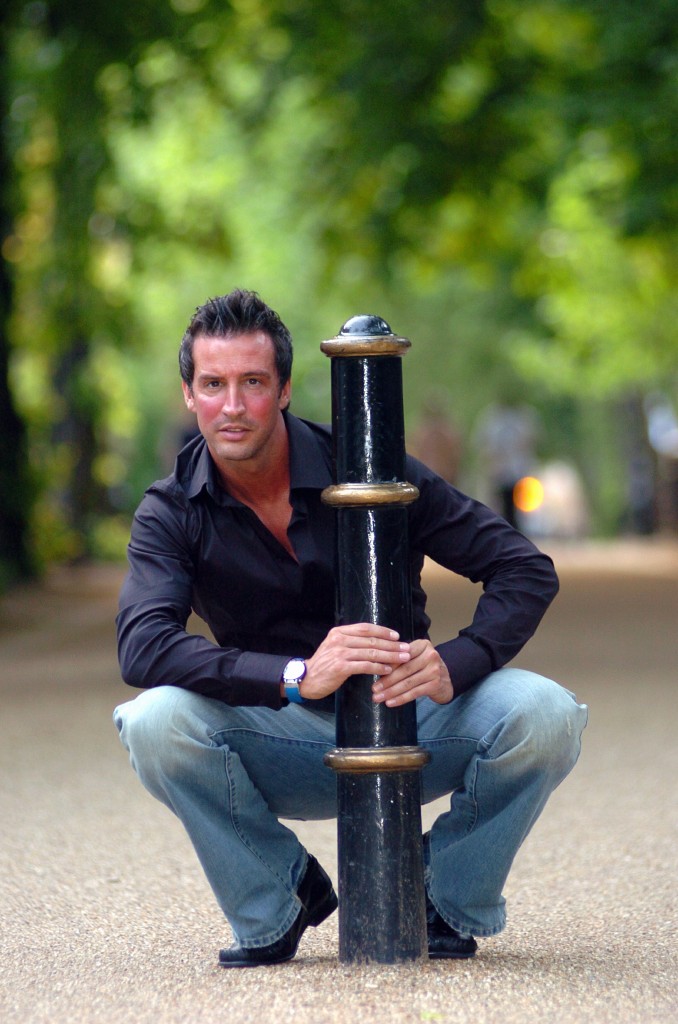 “Sex – everyone uses it as a selling point,” says Tony, supping slowly on a gin and tonic.

“The difference is, we actually do it for a living. What they want to see on Big Brother is what we get paid for.

“It’s a job like any other,” he says, “but try explaining that to the public.

“If anything, I’ve got so used to being naked and looking at naked girls, it’s become a normal, everyday thing.

“It’s like getting up to go to the office.

“If I’ve got a shoot at noon, I’ll have a wholesome breakfast. If there’s wardrobe I’ll go to wardrobe and get myself mentally switched on.

What’s your preparation before a shoot? What about learning the, ahem, script?

“You know as well as I do there isn’t a need for a huge script,” says Tony, fixing me with a serious stare.

“We’re not shooting Gone With The Wind.”

Earlier in the year, Tony was in Cannes for an industry get-together, and to make a DVD.

On set, he was surrounded by scores of observers, including, he noted, the director’s wife. Being able to perform in front of a crowd is no easy task, he explains.

“You have to perform in a room with lots of people watching. People think the job is easy, but most would be unable to perform.

“All I could feel was eyes on me. My friends think I have a great job, but they wouldn’t be able to do it. There’s a lot of pressure on you.”

However, despite having what some may consider a dream job, all Tony really wants in life is a girlfriend and someone to come home to after a really hard day at work.

He’s been single “for ages” and the only physical contact he gets is on set.

“I’d love a girlfriend, I’d love to get married, settle down and start a family. My job makes that impossible.

“You can lie for a little while, but people find out sooner or later about what you do and then they run half a mile away. You’ve got to find someone who accepts what you do for a living.

“I’ve dated girls from the industry, but they soon start telling you who you can and can’t work with. There’s jealousy.”

He also used to lie about his job to his mum.

“My mum’s Spanish. She was a little bit taken a back because she didn’t understand.

“When I told her I was really nervous.

“She said, ‘Well, if you’re happy and making good money, I’m happy for you’.

“I thought my mum was going to kill me. I’d told her I was gardening.”

A sign of changing times is Tony’s latest project. Borrowing slightly from the title of Jamie Oliver’s The Naked Chef, he’s combining his skills in the kitchen with his skills in the bedroom. He has his very own satellite cookery show.

Pix and text courtesy of the Leicester Mercury. The interview was done in 2006. And Tony was very obliging and pleasant.

I’ve just had a quick gander on T’Internet and Tony’s still acting and travelling all over the world.