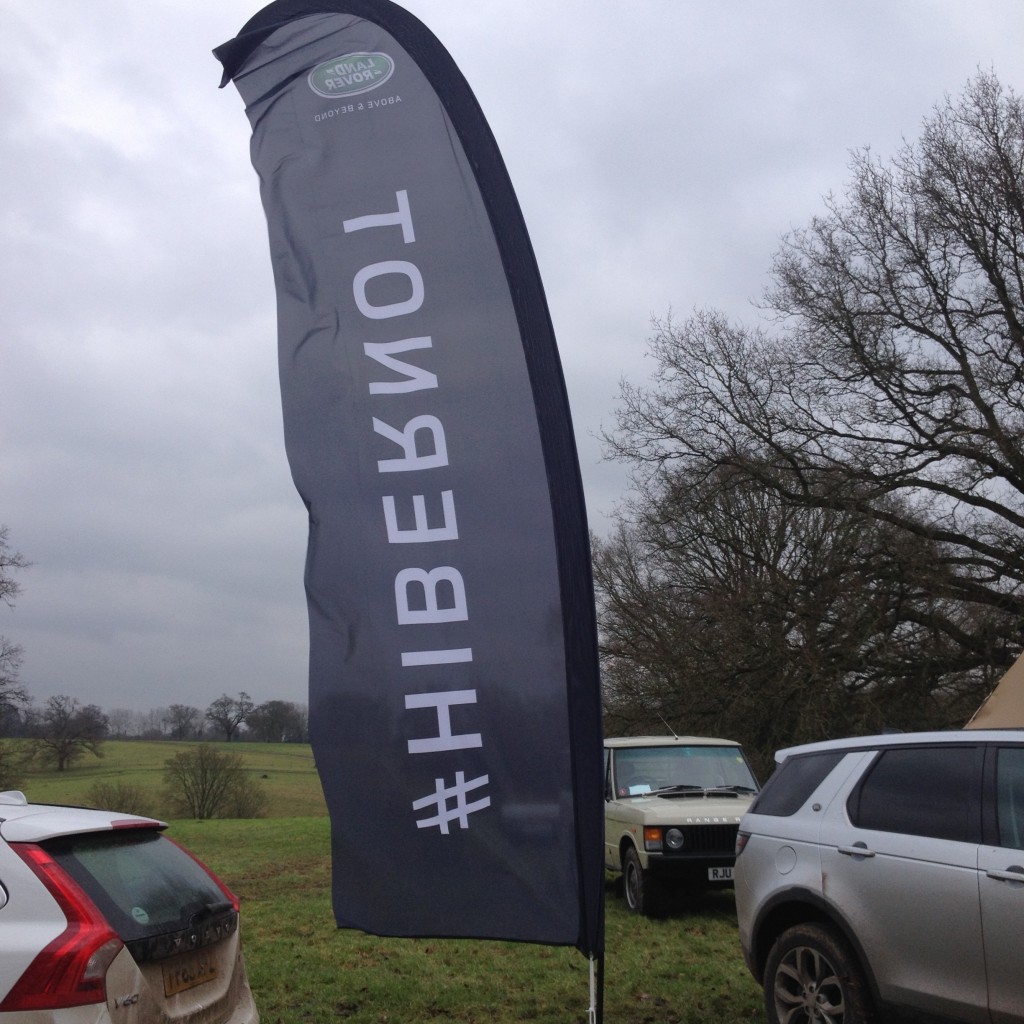 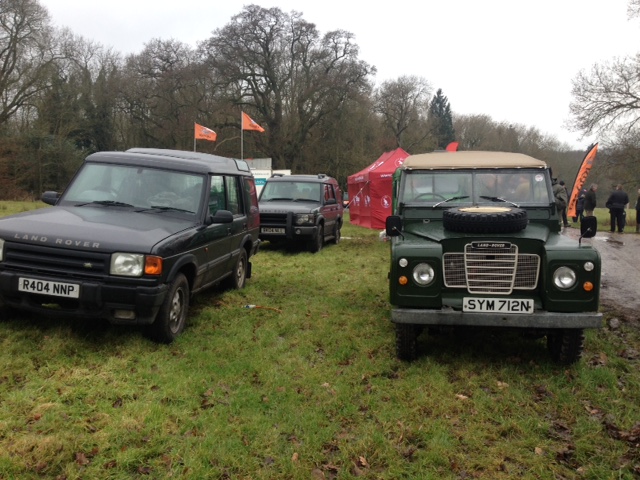 Before 4X4s became a familiar sight on the 9 to 5 commute, they were bounding their way across the English countryside without a care in the world.

Which is why we’re in the wintry, puddle-pocked grounds of Rockingham Castle for a spot of rear wheel drive rewilding.

Land Rover’s Hibernot experience is a Born Free style day out for the domesticated lions of the car market: No asphalt, no traffic, just plenty of mud and tummy-bouncing terrain. If your shiny new Discovery could pick its own day off, it would be here, doing the sort of stuff that would leave most cars on route to a scrap merchant.

So how does one get a golden ticket for such a thing? Well, the truth is, if you’ve bought a Land Rover recently, you’re in luck. 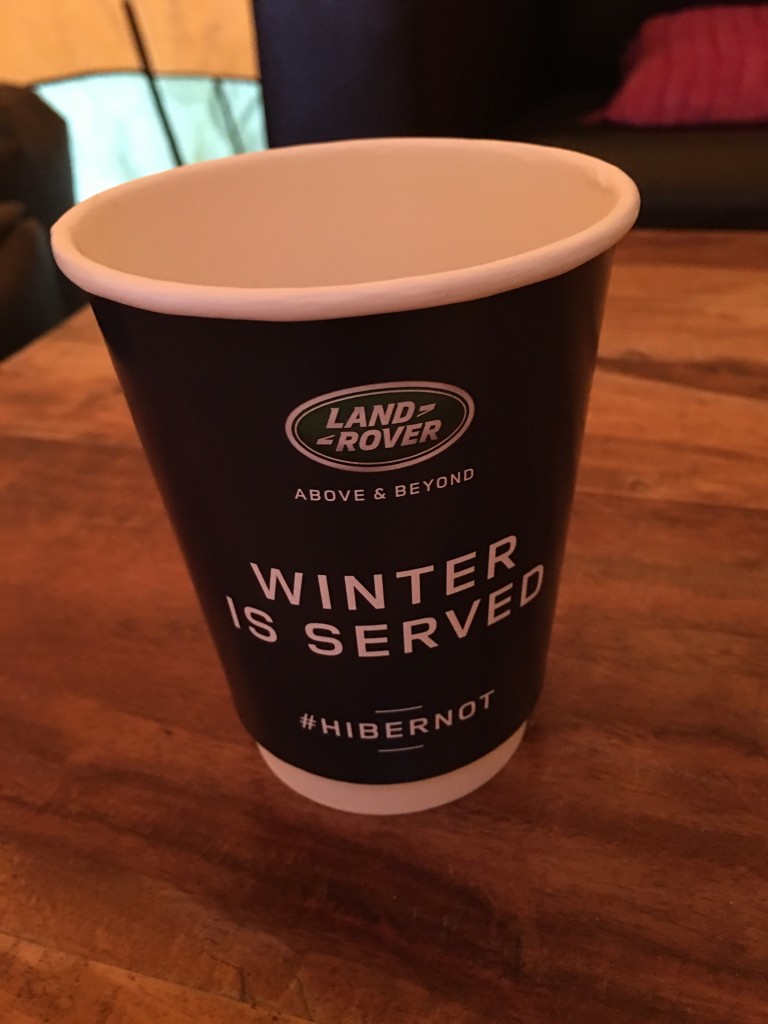 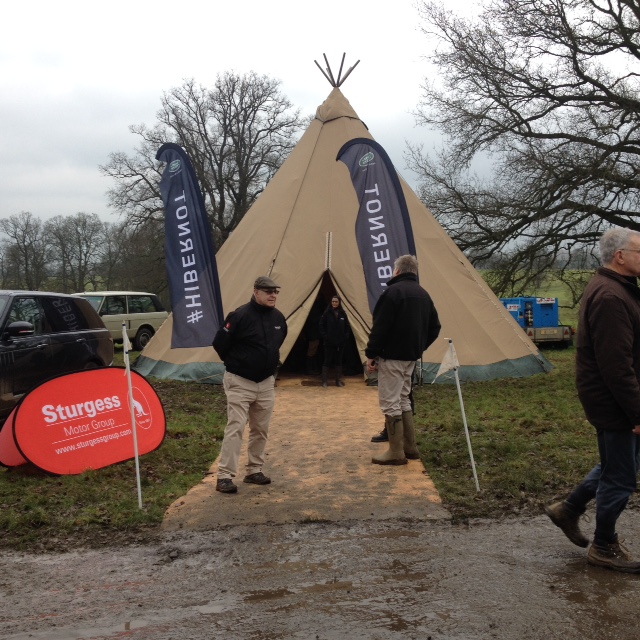 Today, it’s me and my friend Rachael, who has recently bought herself a shiny new Disco. Her wonder car came from Sturgess’s eye-catching showroom in Leicester’s Narborough Road.

Our day begins in the reception car park at the castle. Here, once you’ve signed the disclaimer, you’re trucked over to the action. 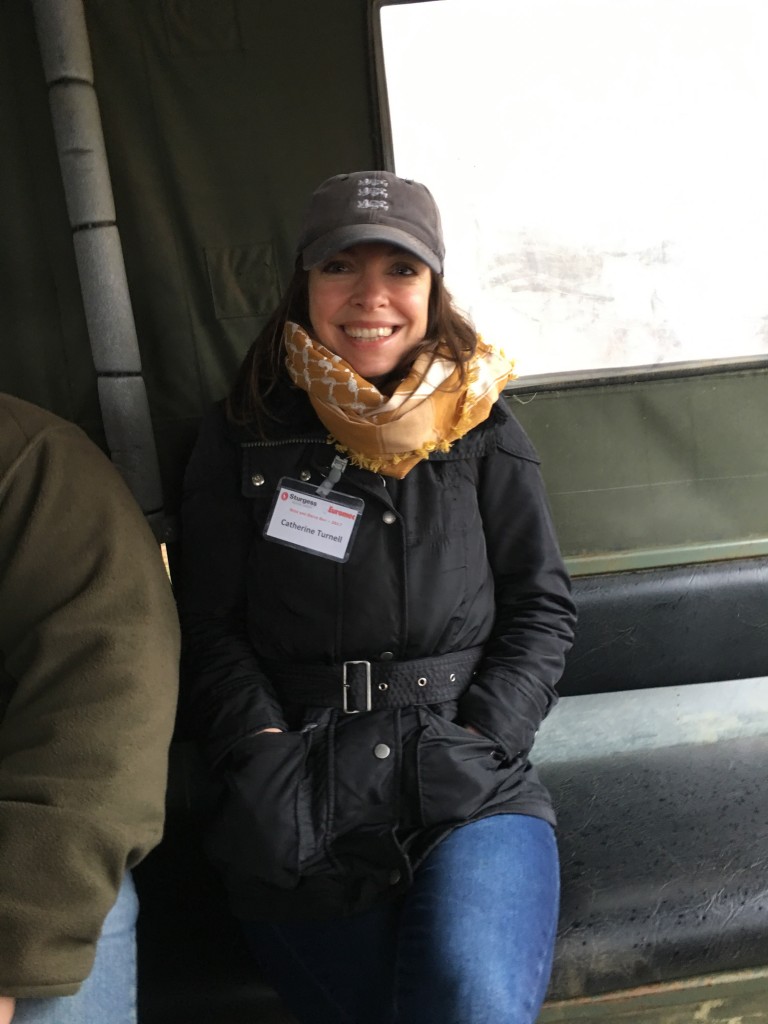 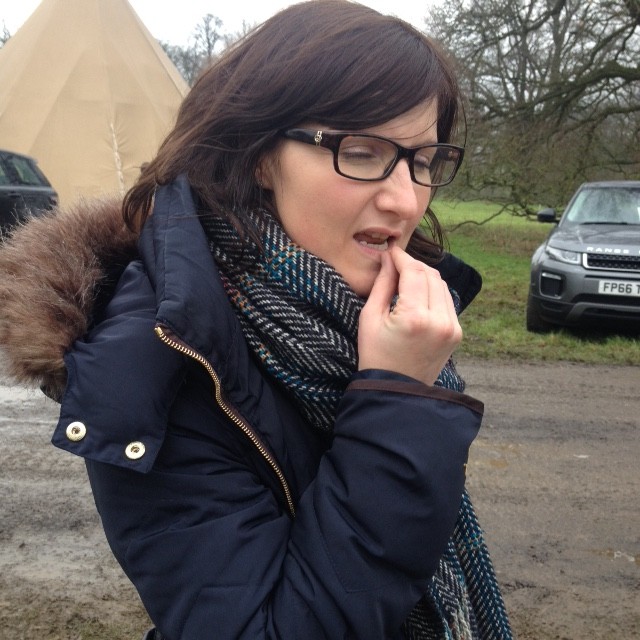 Rachael or, as she was on her name tag, the exotic and mysterious Rachale. Which she rather enjoyed. 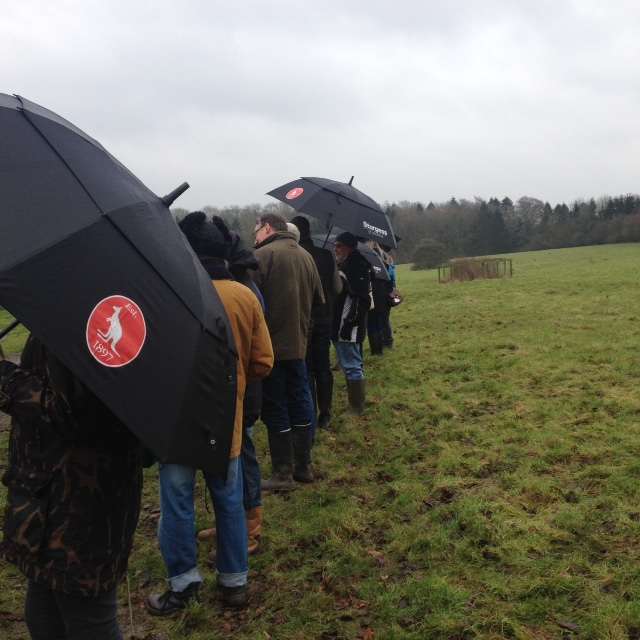 At Rockingham, we queue amid the wellies and waterproofs and, soon enough, our ride comes in to view.

“You can either go out in a car you bought or any car you like,” explains Mark, the silver-haired chap who, once we’ve clunked and clicked, takes us around the course.

“If you bought a poverty spec Discovery Sport and fancy going out in a £100,000 Range Rover or other cars, like Range Rover Sport or Defender, you can.” 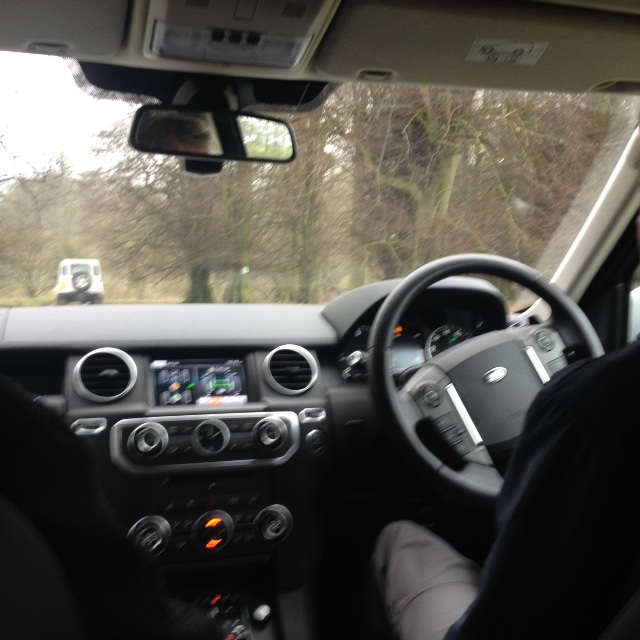 Out of focus and wonky? Check.

Many people think Mark has got a pretty decent job. It’s something that happened by accident, he explains. He’d retired from The Royal Artillery, after 30 years in the Army, and came on one of these days himself a couple of years back after buying a Freelander. The instructor, also ex military, asked him, “What are you going to do for your retirement?” He said he didn’t know. “Why don’t you do this?” was the chap’s response.

Mark thinks there’s a lot to recommend the job: “We have to drive all the new cars in interesting climates and each time you go out you get to meet new people in different conditions. Yes, it’s pretty good.”

On two screens on the dashboard we can see the Disco’s kerb view. The car is at vertical drop; I’m guessing it’s about four metres up from the next patch of horizontal ground.

“It would probably take one lap [of the course] and then it would die,” he responds.

“You will be amazed at what it can do,” he continues about the Land Rover, and not, of course, my little Peugeot.

“Like a Defender, when one wheel goes up one wheel goes down, because we’ve got air suspension the car will go down quite smoothly. With one wheel up in the air all I’m doing is letting the car take it itself through the course.”

At this the car navigates its way carefully and smoothly down the precipice, underpants intact. It doesn’t dust itself off and reach round for a high five at the bottom, but it may as well do.

Our next terrain is a giant swimming pool sized puddle.

Mark’s best advice about driving your Land Rover through water?

“Don’t,” he says, “or at least make sure you know how deep it is before you go through it. Or cool your engine before going through. Switch it off, cool it down. Turn off the air conditioning.”

This where we learn the Disco has wading sensors on the base of the car. Its max clearance is 2ft 3″ or 700mm.

We slowly churn through water the colour of Yorkshire tea – there’s very clayey soil in these parts.

In 15 minutes we’ve finished the course. We return to the wigwam for tea and then we each escape to have a little chug around on the course’s RTV AKA Rugged Terrain Vehicle. 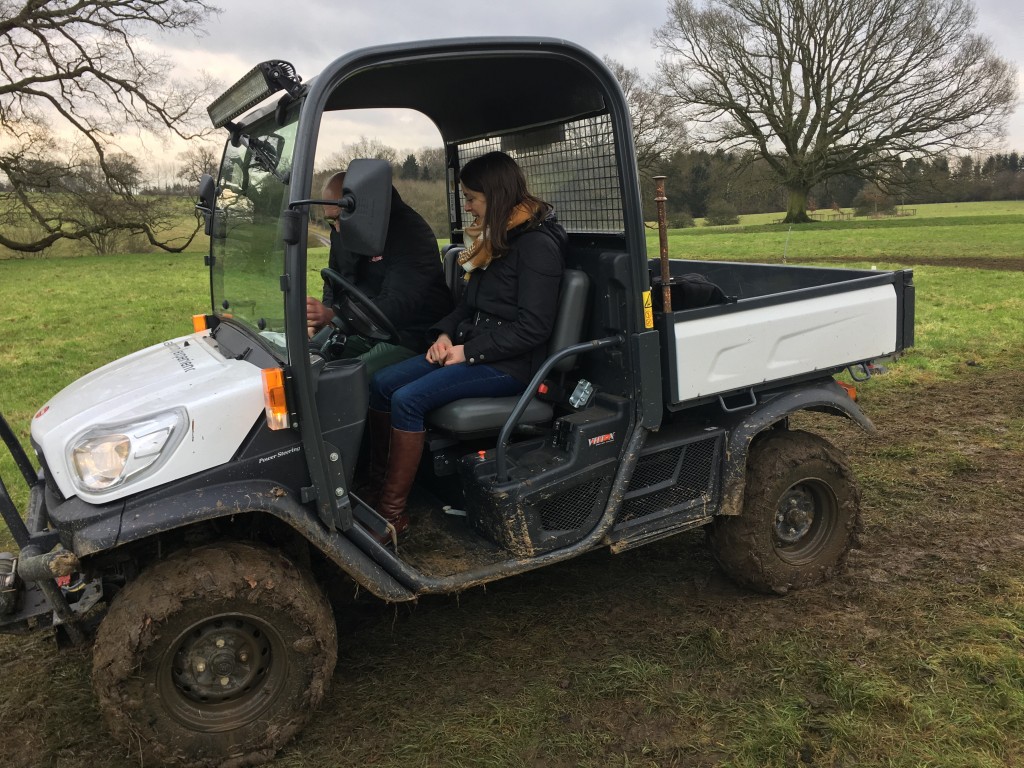 Here’s the three cylinder RTA, all the power comes from the engine. The rub? Steer left and it turns right, steer right and it turns left. Top speed? Most shopping trolleys are pushed faster. Well, they are if I’m driving. 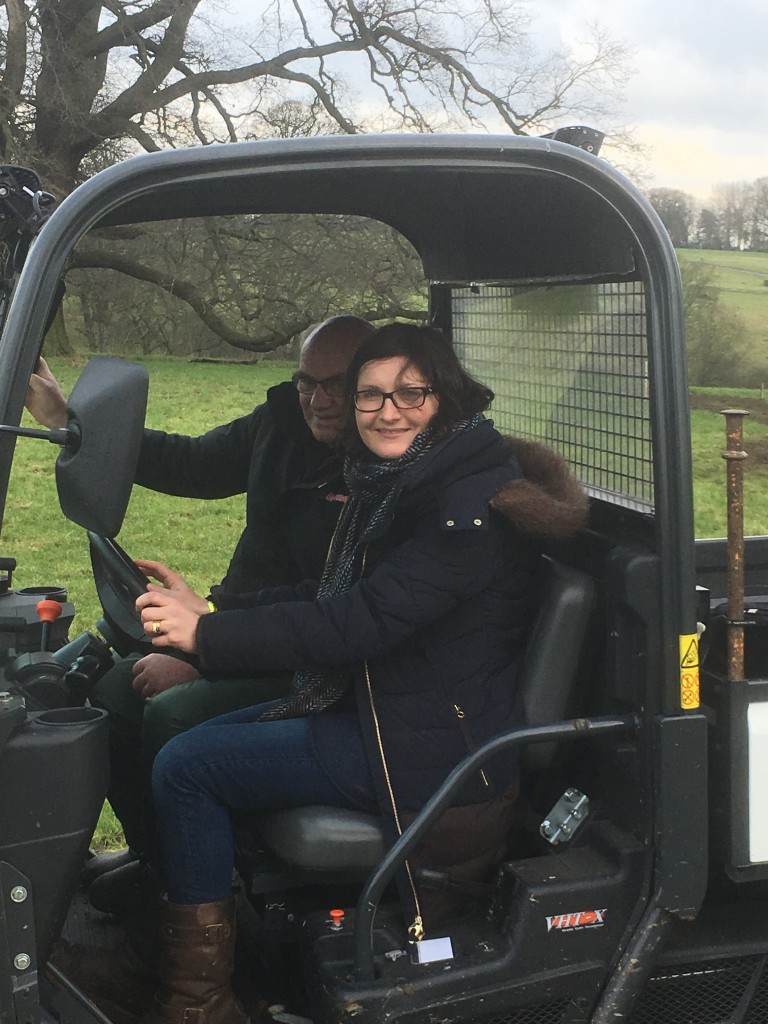 It’s been a great day. And the good news is, if you don’t have a Land Rover, you can still have a go.

The route may not take much longer than 15 minutes, and you may even get to have a go at the wheel, if you’re very, very lucky, but one thing that Rach and me really loved about the experience was the ability to chill out before and afterwards in the teepee. With a steaming cup of tea and some really top comfort food.

Here’s what the Hibernotees got to choose from… 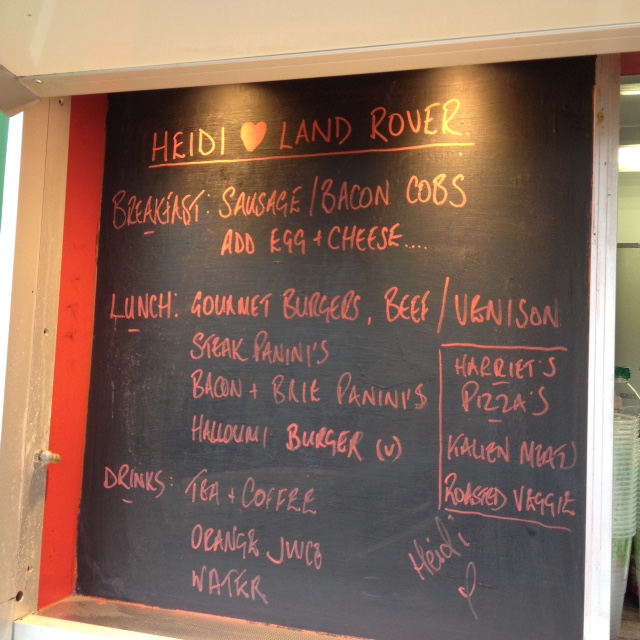 They didn’t know the difference between a plural and possessive, but my did they cook a tasty burger. Props for the egg and cheese cob with HP and the haloumi burger, spliced with mushrooms, sweet pepper and then jacked up with cranberry sauce and gherkins. 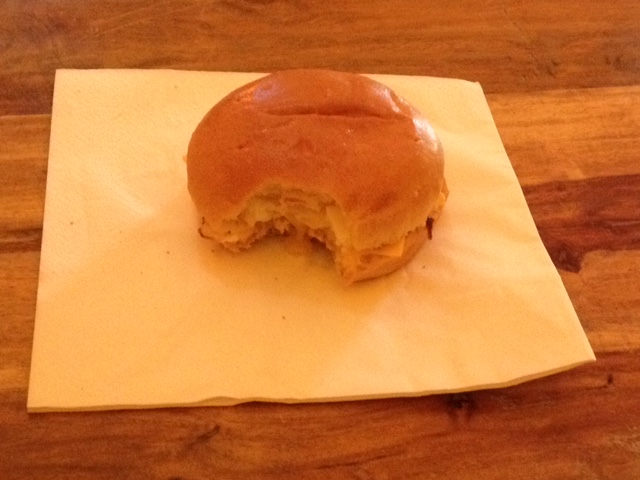 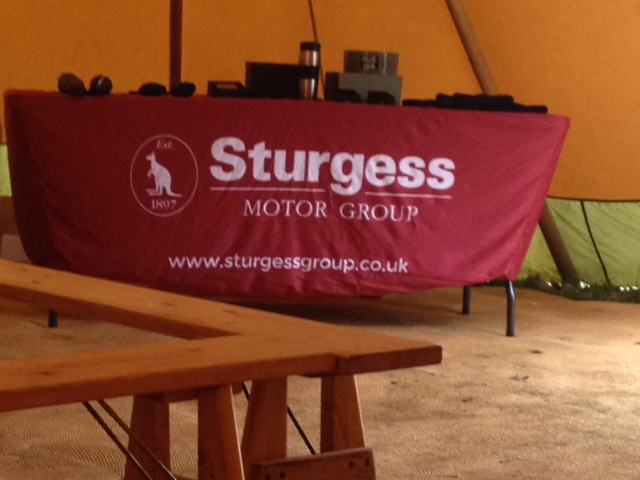 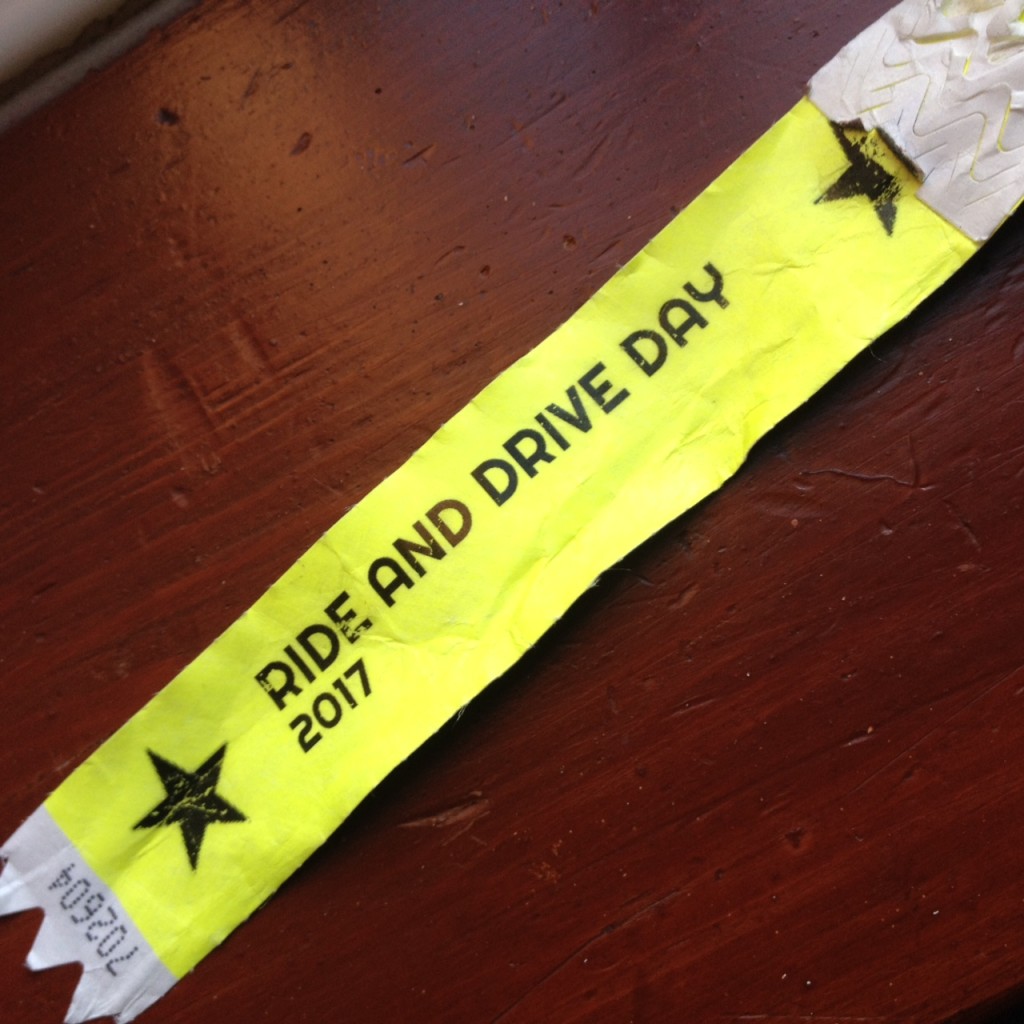