Uncategorised From 1897 to now – the simplified Sturgess car story

From 1897 to now – the simplified Sturgess car story 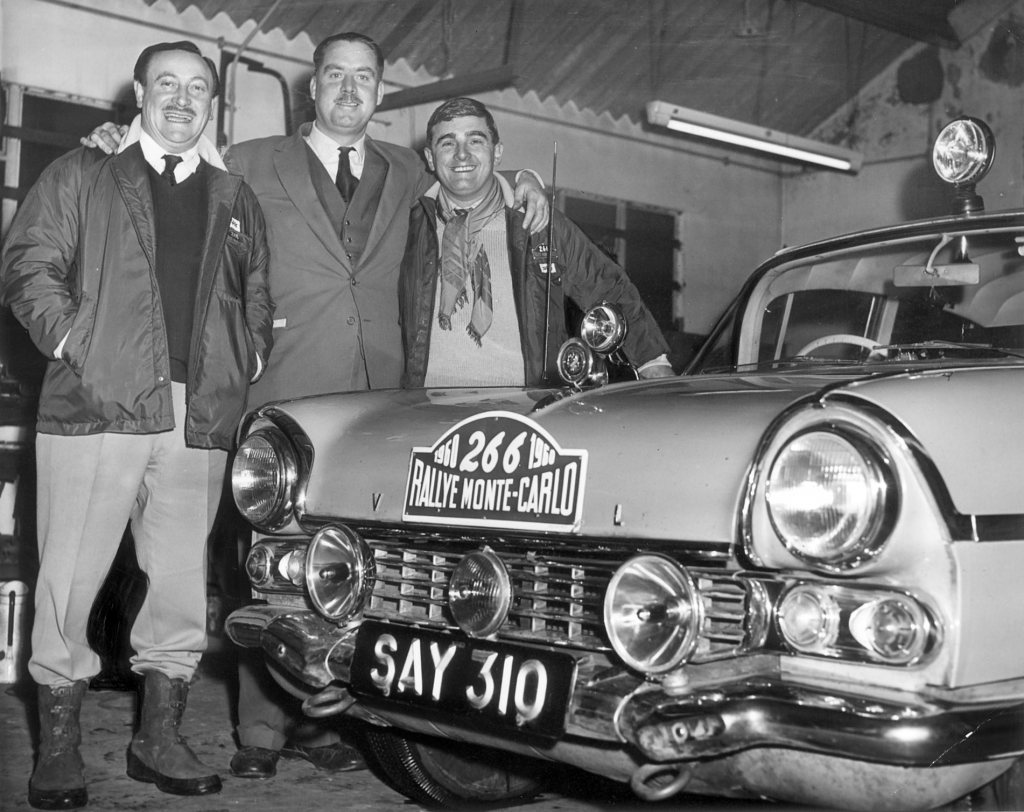 Leicester’s Walter Edwin Sturgess was a man on the move. When he opened a shop in 1897 and became successful selling modern prototype bicycles, he wasn’t planning on stopping there.

And true enough, Wal’s first business in Leicester’s Shaftesbury Road was soon eclipsed by a second in Narborough Road which sold motorbikes. The third – with the business now beginning to pick up speed – was opened in Braunstone Gate.  The business had taken the quantum leap from two wheels to four and began selling domestic cars, something of a rarity in the 1930s.

The glamorous showroom and repair shop was one of the first motor dealerships in the Midlands. When Wal signed up to sell Rovers, made just over the county border in Warwickshire, his was only Rover’s second dealership (The first was in London, but that business no longer exists).

The roots put down by Wal are still going strong 121 years later. The fourth generation Sturgess is now learning the ropes. Today, their not inconsiderable headquarters strides the corner of the city’s arterial Narborough Road and the criss crossing Braunstone Lane East. 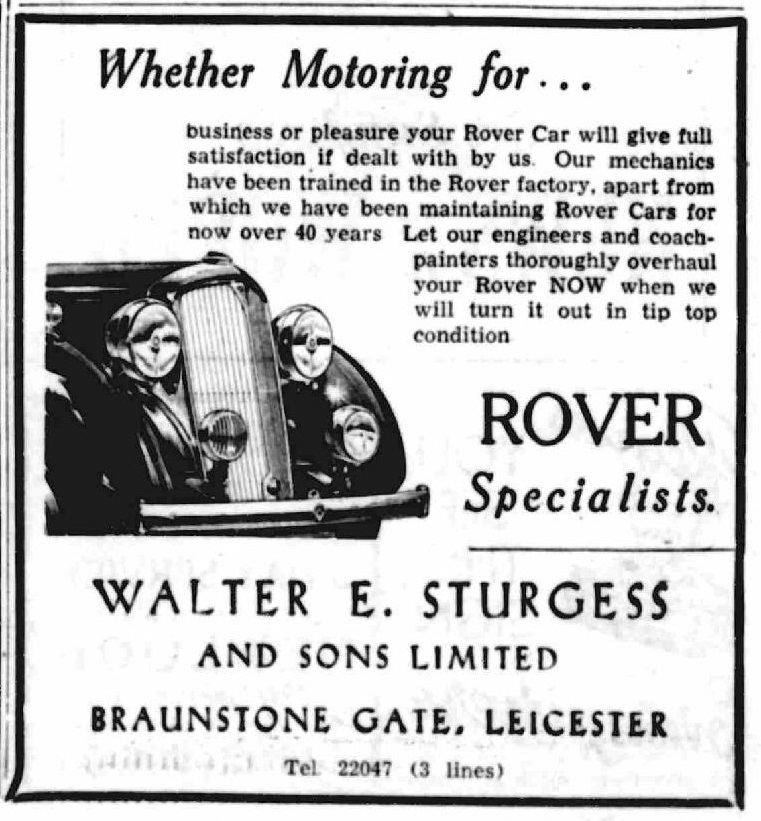 There have been two truly big relationships in Sturgess’s 120 years – one of them with a sleek, dashingly beautiful marque and the other with a rugged, outdoorsy type.

And so it was, with the contrasting Coventry car manufacturers of Jaguar and Land Rover, that the modern Sturgess business was forged and shaped. Jaguar granted Sturgess its distributorship in 1947 and Rover between 1912 to 1967 and then under its new name – Land Rover – from 1978.

It was in 1953, the year that Walter died, that Frank G. Sturgess found himself steering the dealership into the future with, as luck would have it, two of the biggest names in motoring history riding pillion behind him.

It was Frank who, that same year, took the decision to move the Sturgess showroom somewhere more salubrious – a place that was considered to be more in keeping with the sporty Land Rovers and the sophisticated Jaguars they exhibited in their veteran West End showroom.

Their new premises at 118 Charles Street, a large slice of what was then a vibrant thoroughfare, was opened with great fanfare. Jaguar founder William Lyons and Lord Denbigh were among the guests who chinked wine glasses with Frank at the ribbon cutting.

Motoring enthusiasts in the city grew to cherish their new place of worship. From the 1950s to the mid-70s, those vast floor to ceiling Charles Street windows played host to a number of beauties in Jaguar’s highly desirable back catalogue: the Mark 1, Mark 2, Mark X and the E-Type to name a few.

Meanwhile, the galvanised aluminium of the Series One and Series Two Land Rovers would draw admiring glances from even the most uncommitted passer-by.

The Charles Street move wasn’t to be the last during this period. In 1961, the company moved its offices, workshops and spares department to Walnut Street, which had its own petrol forecourt.

New vehicles – Morris, Wolseley and MG – were added to the roster and, in 1974, with Triumph’s addition to the pack, Sturgess moved from Charles Street to an expansive site in Aylestone Road.

Sturgess’s expansion through the 1970s saw operations run from six sites in Leicester.

Finally, it was to be Sturgess’s symbiotic connection with 4x4s and the field sports community that attracted regal attention. As distributors for Rice Trailers, a long established manufacturer of horse boxes and livestock trailers, the Sturgess name became synonymous with country pursuits.

This led, in 1971, to Her Majesty The Queen Elizabeth II awarding the business the Royal Warrant for the supply of Horse and Carriage Conveyances. 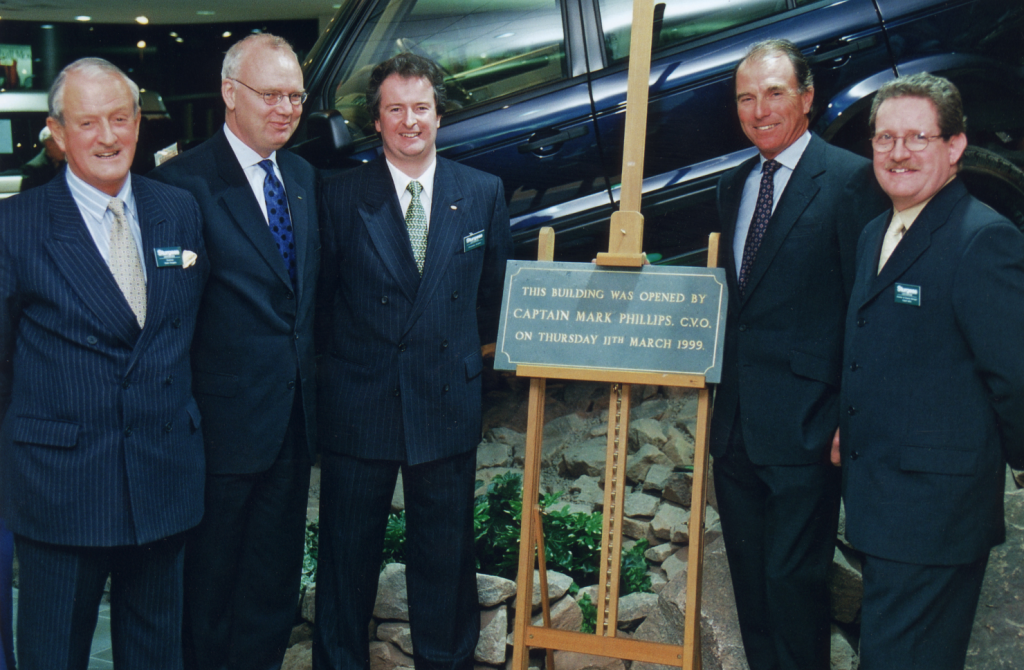 Below is a selection of Sturgess car ads over the years… 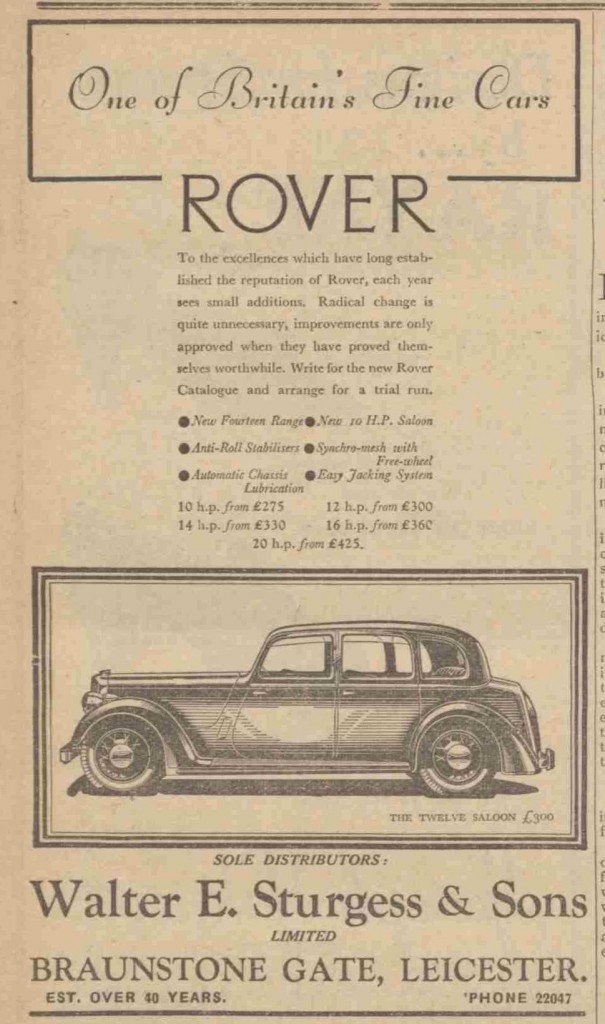 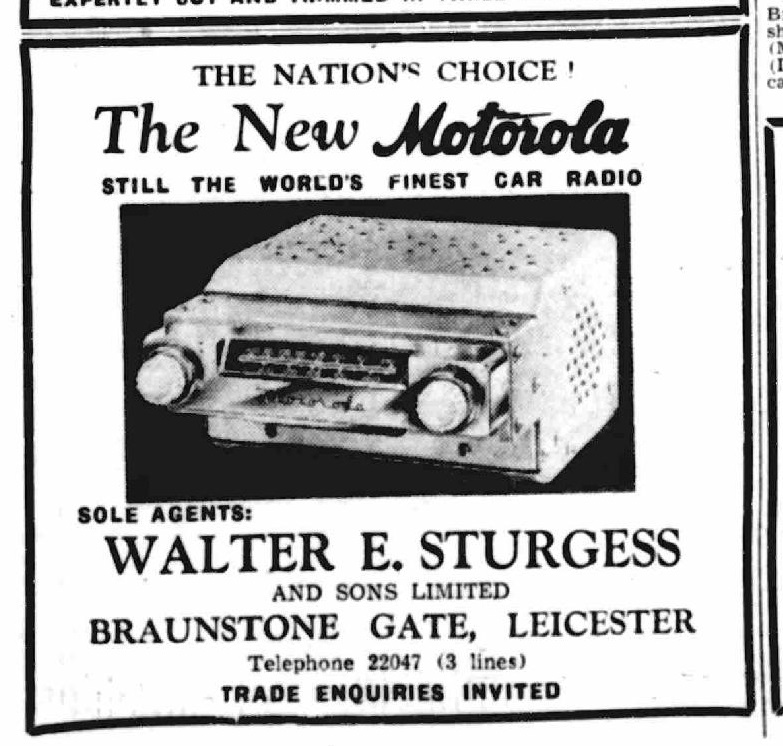 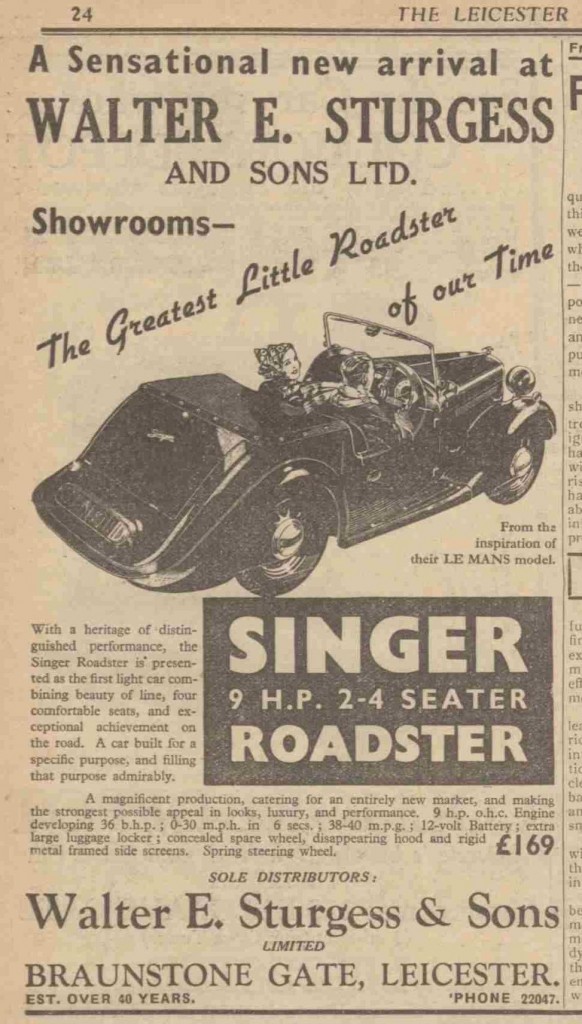 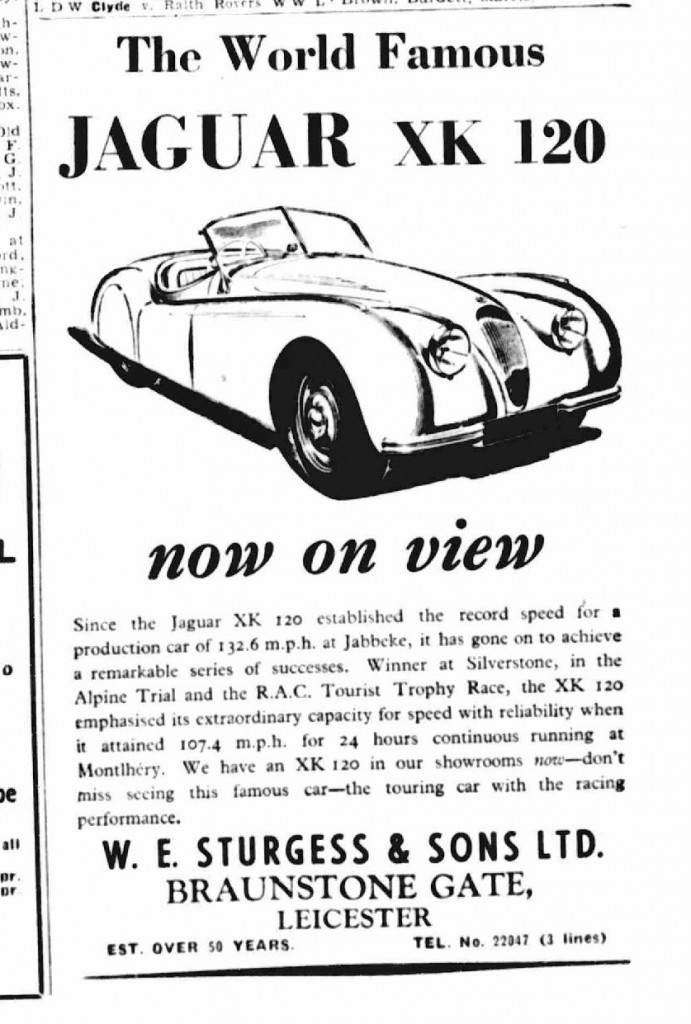 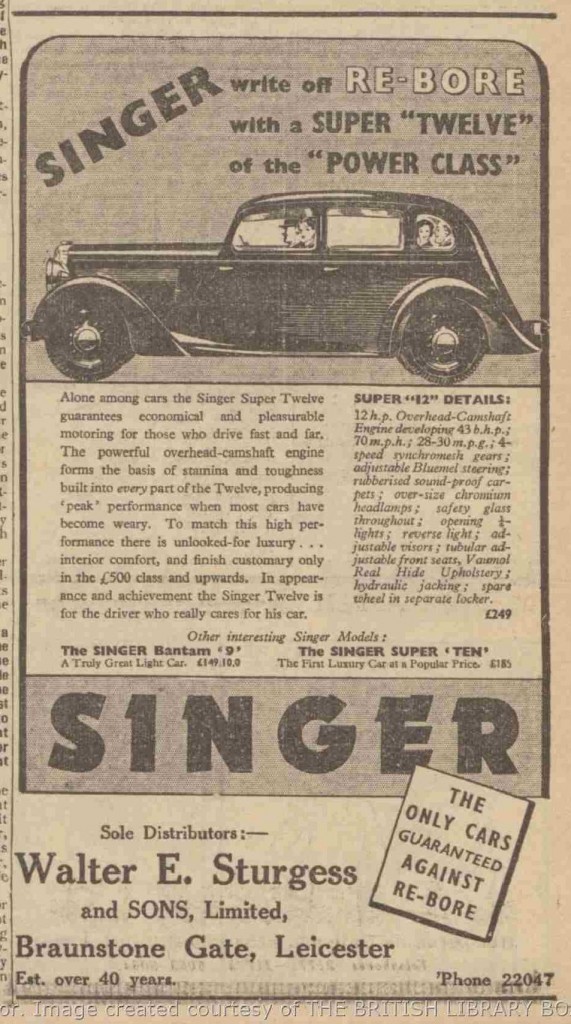