Around the world in 80 Plates: Day two, Portugal 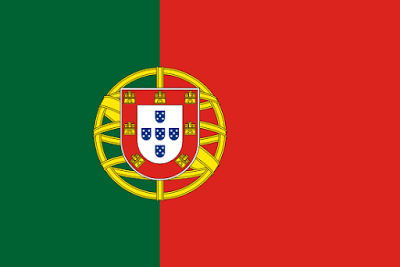 Portugal was founded in the 14th century by a Leicester woman. Seven centuries later and Portugal is being founded (okay, it’s a liberty) in Leicester.

Our table for six was at the Madeira a Vista in Woodgate on a drizzly Friday night. The restaurant is sandwiched between Celebrity Pizza and Frezzante Hair in a row of parking-challenged terraces. The reason for its continued survival wasn’t immediately clear, but this situation explained itself as our evening wore on – it was empty at 7pm, but within 90 minutes every chair and table had been taken.  It had clearly got a good rep. Or it was on Groupon.

It turned out it was a bit of both – “Are you Groupon?” was the first thing our waitress asked us.

When we said “no” she looked relieved.

We were given our menus and then it was time for some serious procrastination.

But, as before, old habits die hard and cautions to avoid the bread fell on deaf ears. It was a sliced white bloomer of gossamer density that came with butter in small plastic tubs. The butter was joined by two circular tins of fish spreads that had the smell and appearance of cat food. And there was a bowl of very small Smarties-sized olives.

Personally-speaking, butter in plastic pots is a massive turn off. It has that ‘that’ll do, go “£$% yourself’ attitude.

After making our orders some even visited the ladies’ toilet where seeing one’s head reflected in the mirror while making water was a new experience. 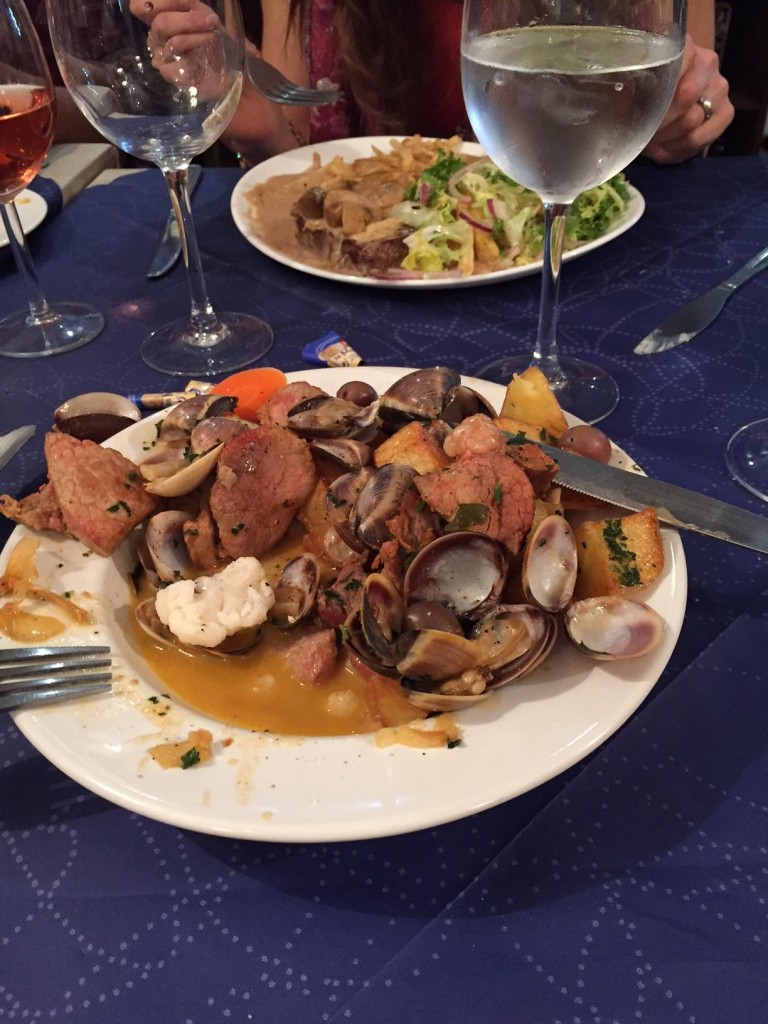 The first dish to come out was Debbie’s mesmeric pork and cockles. Hey, no sniggering at the back. As you can see from the picture above, it was meat-mongous. It was served with pickled cauliflower, or cauli that had been submerged in vinegar. Debbie wasn’t quite expecting that taste sensation, as her face and flapping hands testified.

Vicky opted for the steak in Madeira sauce. She absolutely loved it. She thought it was a great cut of beef and believed it pipped Greece for the best meal so far award.

My cod in tomato sauce was the size and scale of a Wall’s Vienetta. To begin with it was lovely. Then the salt kicked in and it emerged the rest of the fish wasn’t so well-cooked – I suppose it couldn’t be, being the size of a house brick. The sweet tomato sauce it was served in did its best to offset the salt and it was a very good sauce, really lovely. It came served with fried chipped potatoes. In the end, there was too much salt and just too much. 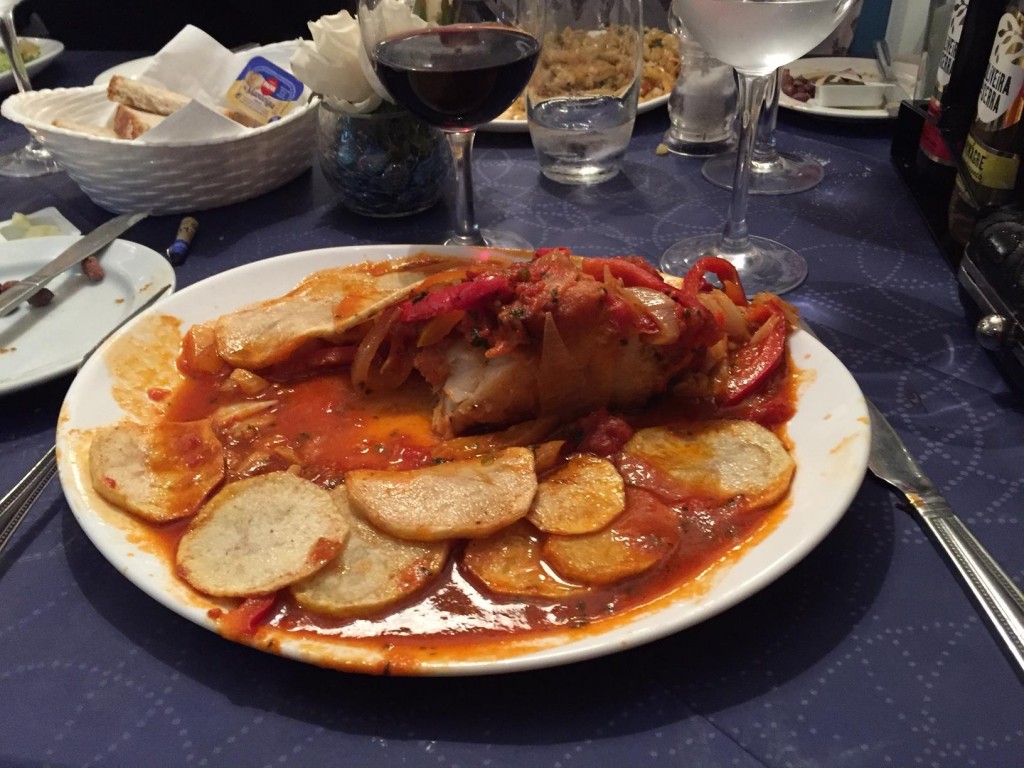 Emma opted for something which looked like this (See below). Strangely enough it was pasta with chips weaved among it. The chips came as something of a surprise. 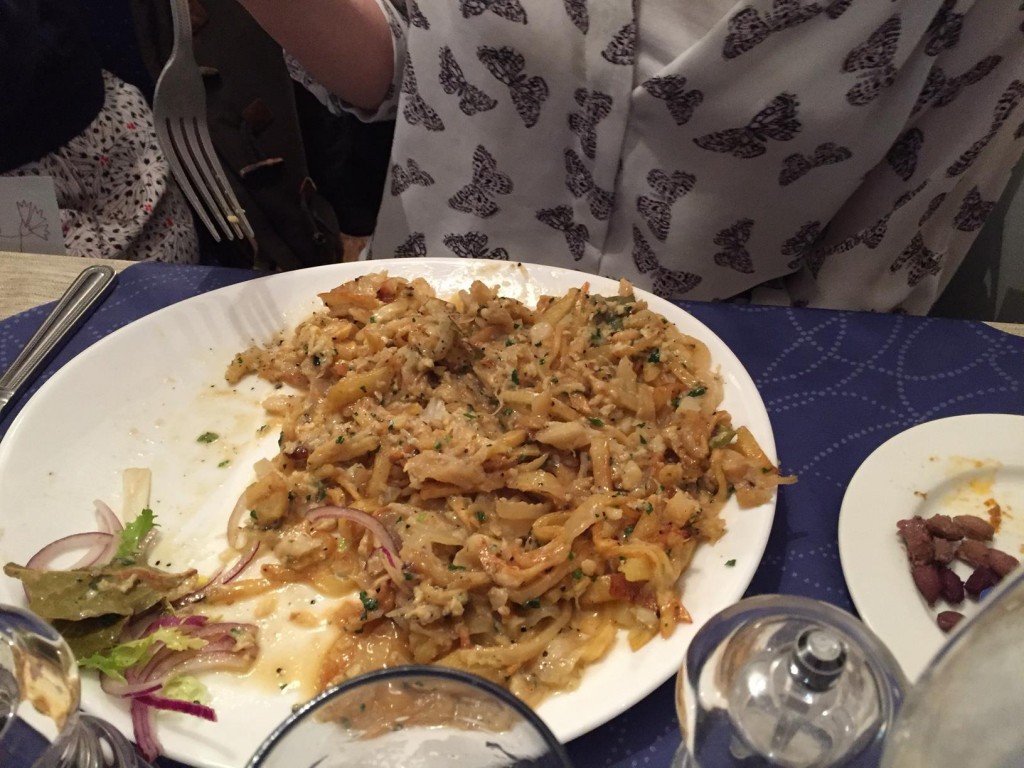 Sarah opted for the fish dish below and it was so, so salty that it was to prove inedible. She did not complain. Why? Good question. The main reason being is that complaining takes the shine off things. It interrupts the meal. It creates bad feeling between the diner/s and the restaurant. Arguing that something is inedible, when clearly the oversalting is part of the chef’s cooking, is pointless. Better instead to chalk it down to experience and cross it off the list. 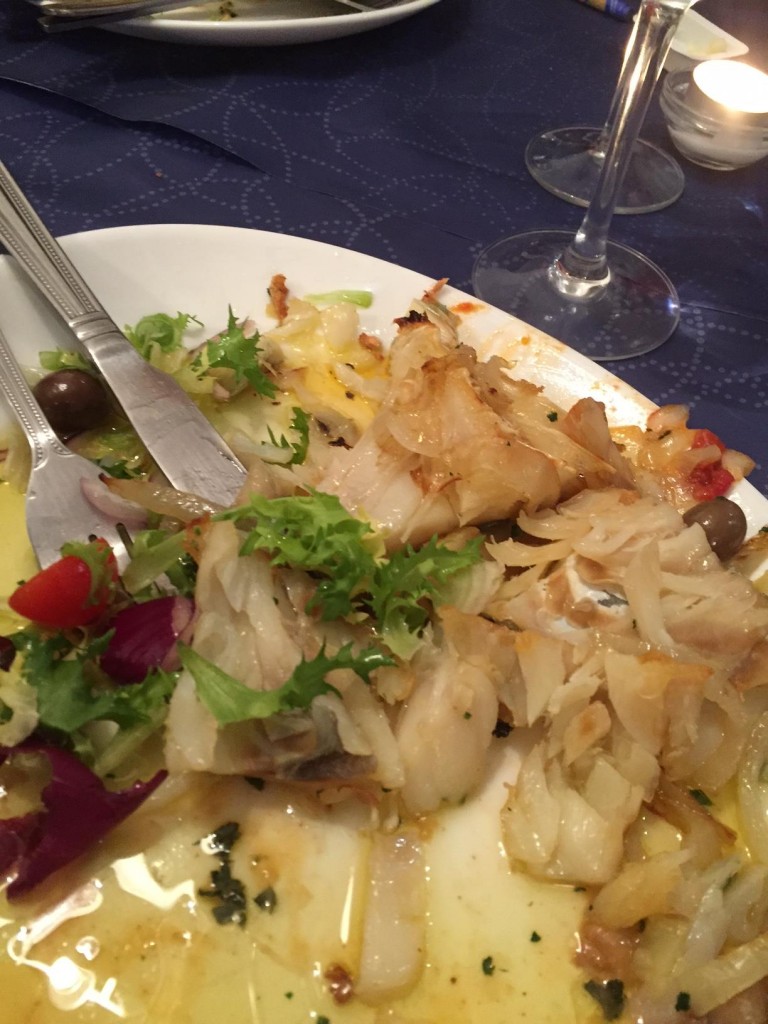 Davina chose something with rice. Which I think she rather enjoyed.

After the main courses were cleared away a couple of people opted for cheesecake-style puddings on offer. They were singularly unremarkable.

All in all, the steak came out tops. The house red, meanwhile, was pretty acceptable.

And that, really, was that. It wasn’t awful, it wasn’t brilliant: and that’s actually the experience of most meals out, isn’t it?

Emma has suggested Lebanon as our next port of call…