Around the World in 80 Plates. Day one. Cyprus/Greece. 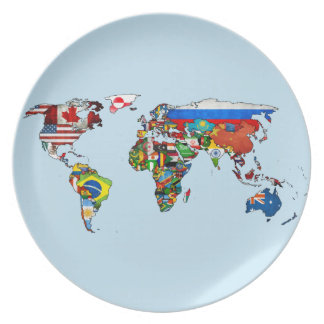 The suggestion came at the end of a terrifyingly large Greek meal.

“We should do this again, but somewhere new,” said Emma.

“…there’s Madeira a Vista in Woodgate,” I respond.

At that moment it was settled. Our group of four had probably eaten enough after the second of five courses at Troodos Taverna in Glenfield, but the prospect of eating our way across the world – from the comfy confines of Leicester and Leicestershire – had been thought of and approved simultaneously. To hell with our small intestines.

Everybody at the table knew at the off not to touch the flat bread because it takes up too much valuable room. But then we discovered it was warm and soft like a bedtime pillow, and was a wonderful shovel for the Greek trinity of hummus, tsatsiki and taramasalata. Seafood followed, and by the third course – gammon, sausages, kebabs and halloumi – we felt bludgeoned by the Troodos meze. For £20 a head we’d been given in an evening what most of us could manage in two days.

It was all very tasty. Some of it was quite salty. We wolfed pickled peppers, olives, massive mussels in a scarily opaque tomato sauce (actually, that was just me), there was lamb and potatoes, grilled meat, deep fried prawny things, calamari, crab claws, pork kebabs, sausages, lovely grilled cheese. The couscous was overlooked (It hadn’t done anything wrong, it was just couscous).

The final course was ushered in over talk of our impending meat sweats. Our dessert was a plate of sliced orange, melon and baklava. The melon was delicious. So sweet and refreshing. It cut through five courses like sunlight through heavy cloud. The baklava was good enough to tempt those who had sworn seconds earlier they couldn’t eat another thing.

“I’ve worked in Glenfield for 16 years,” Emma reveals to the waitress when asked if we’d been there before. “Six of those years I lived here. For the past 10 years I’ve driven past it twice a day, going to work and driving home.”

By my calculations that means 5,840 days had elapsed from the time Emma thought of going to actually going. My story was similar, Debbie had been 12 years ago and Vicky was merely delighted to be there after 18 months of night feeds. 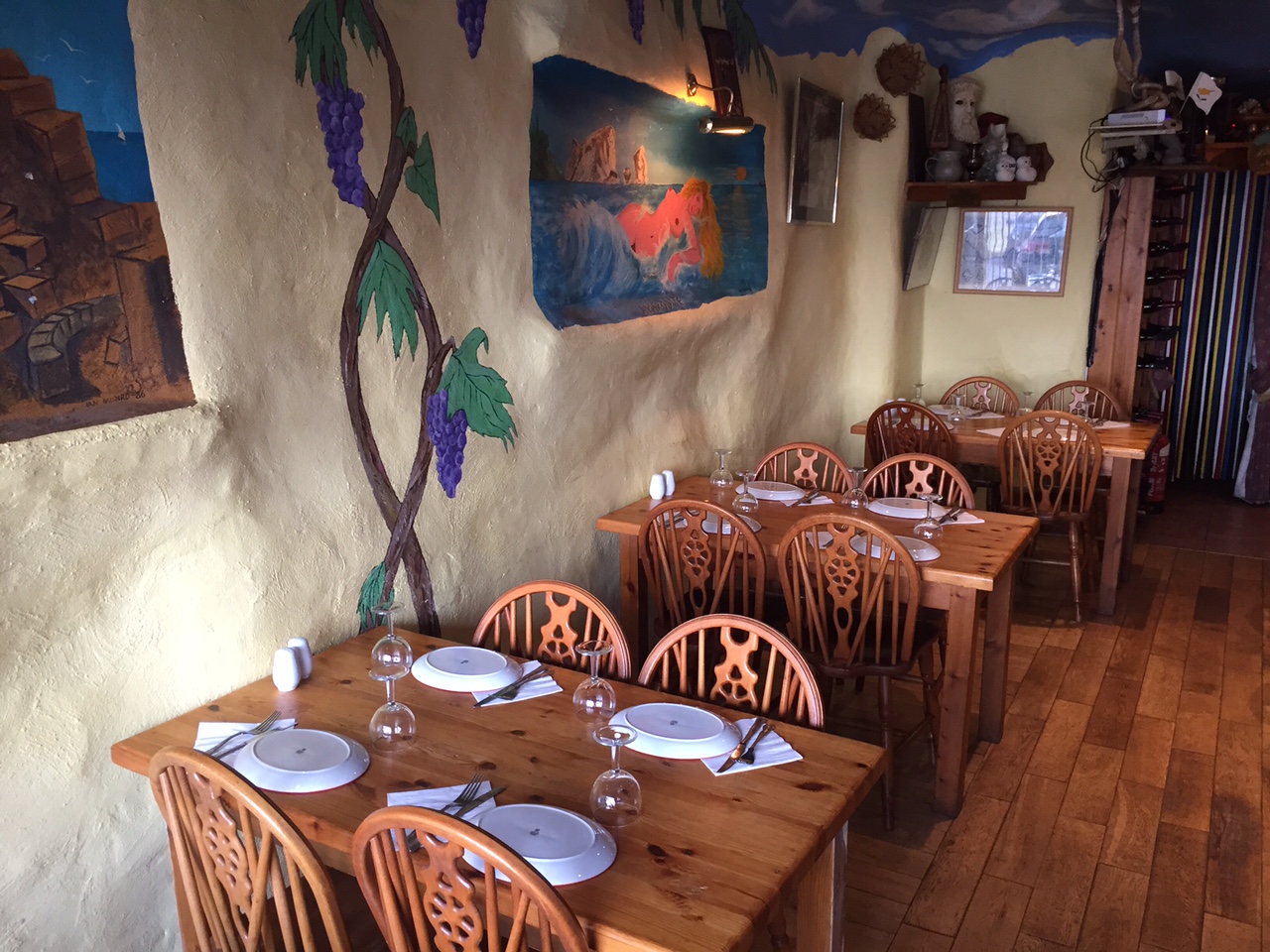 Generally, I’m not into mentioning decor unless it’s really necessary, i.e. a threat to public health. But a lot of the taverna’s charm came from its aesthetics. The cream walls, proudly plastered with what could have been thick mashed potato, bore sunny Mediterranean scenes and climbing vines. The painting above the middle table (see pic above) was of Aphrodite, the Greek goddess. She had blonde hair and coal-black pubes (Sun-In?). She also had magnificent conic boobs. Excuse me, I’m sidetracking. Anyway, we all liked the cosy wooden interior. It was exactly as it should be.

And so was the food. I’m happy to report we had a doggy bag for what we couldn’t eat. Vicky’s husband, a notorious fruit and veg shirker, scored big.

As we got up to leave, we were noticed by the 20 or so souls on the uber-loud birthday table running the length of the room, who had been singing “Happy birthday, dear Al-aaaaaaan” not 10 minutes before.

We laugh, because it’s good natured, although not necessarily true: I am wearing a duffel coat and look ready for nuclear winter. Debbie is also attired for a winter walk.

A sign of a really good evening meal, we left the restaurant three hours after we arrived. We were in complete agreement: we had been expertly fed and watered. Not once were we pressed into finishing a course, nor did we have the experience where your second course is presented in the vapour trail of the first. It was a lovely, relaxing evening with very pleasant food and company.

As this isn’t a review, more a ramble involving friends and food, I shan’t be giving Troodos a mark out of 10. We will, as requested by our Greek waitress, leave our thoughts on Trip Advisor.

Where do we go from here? Everywhere, hopefully. We have committed to each other to travel the world one restaurant at a time. Living in Leicester, one of the most multicultural places on the planet, our journey will, we hope, be long and interesting (Australasia could be tricky though).

Our next stop will be Portugal. Next time, gulp, we will be prepared with better facts and photos. Please, if you wash your hands with soap and chew with your mouth closed, you’re welcome to *join us.

*Metaphorically-speaking. Oh, and Emma has suggested calling it Around the World in 80 Plates.