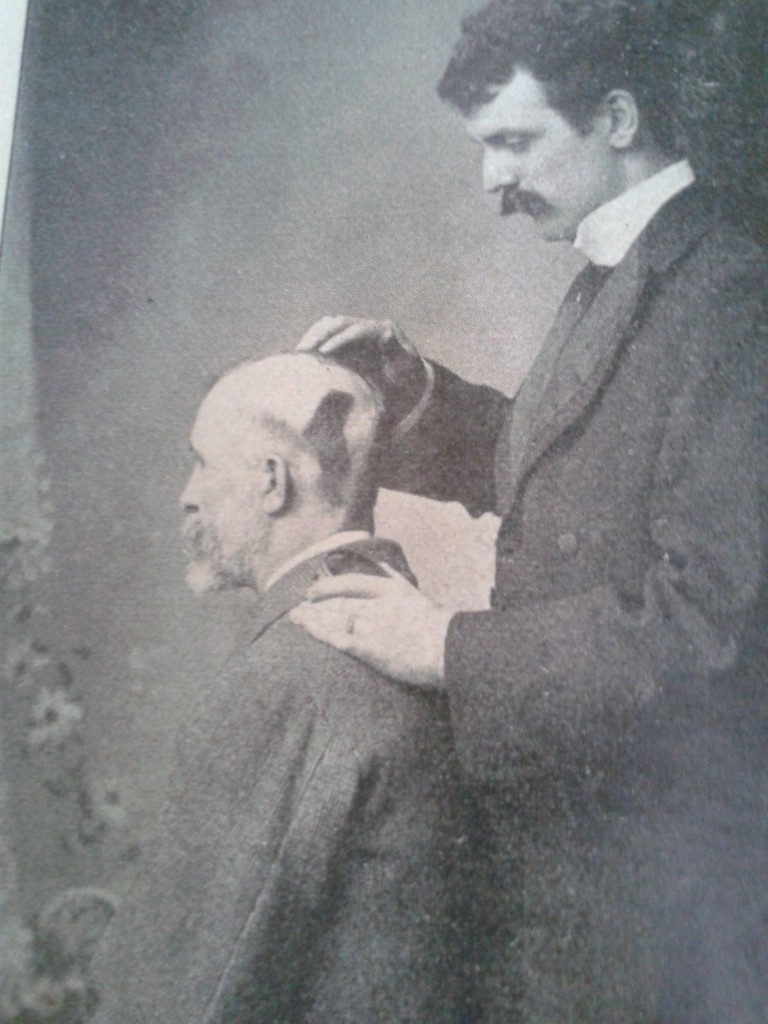 Take Mr Henry Lee, the verger of St Peter’s Church in Leicester. Add Professor GF Moss, who had consulting rooms at 70 Sparkenhoe Street. And then throw in photographer Mr HJ Hitchcock to take a picture. What do you get? The answer is this rather spiffy advert for male pattern baldness 1905-style.

And does it work? Does the treatment actually work? Pah. Oh ye of little faith.

As the advert says in hysterical block capitals: THIS PICTURE SPEAKS FOR ITSELF! 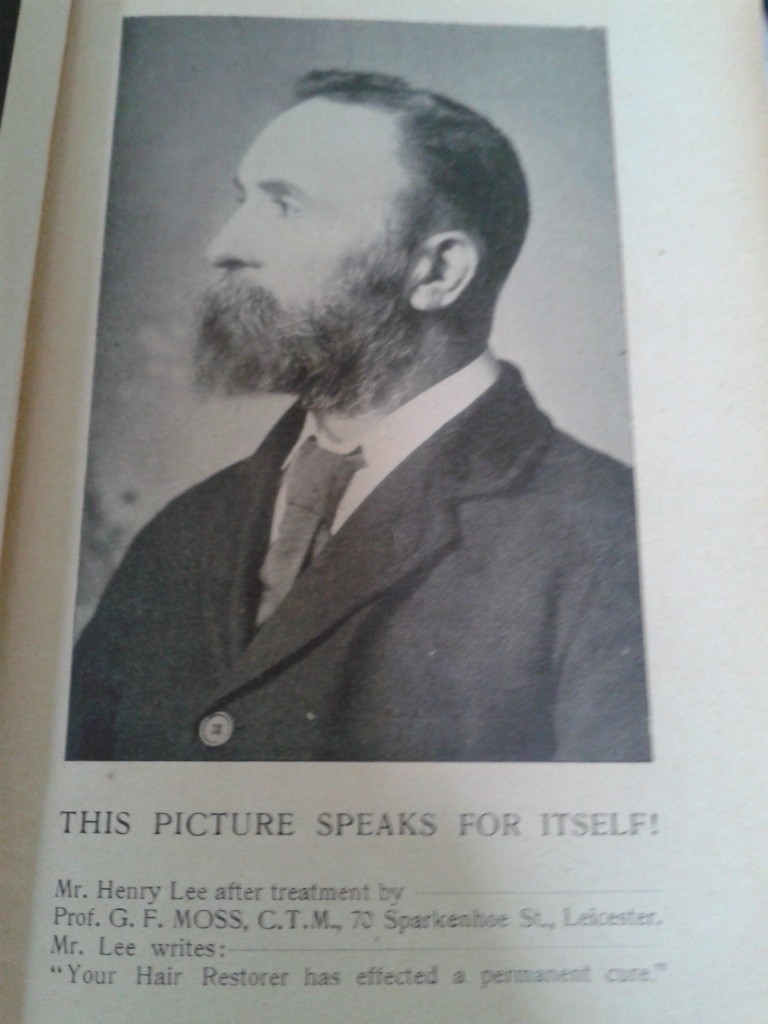 Congratulations Mr Lee, you now look like Tsar Peter of Russia. But we’ll brush over what happened to him. 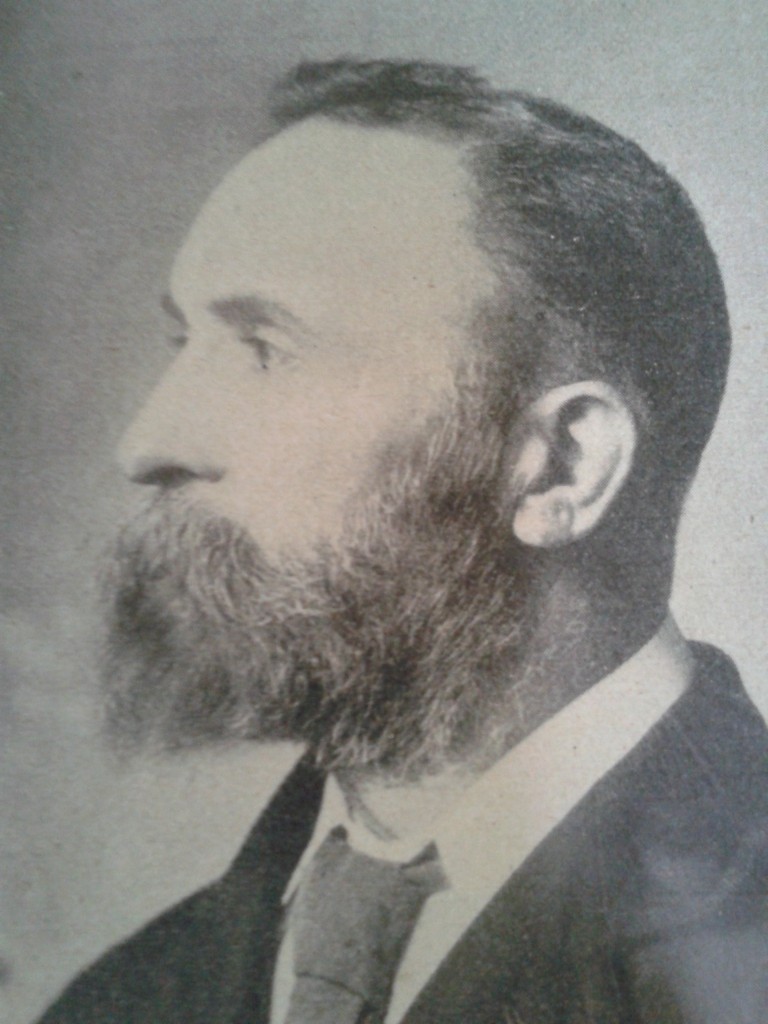 And now a close up of Mr Lee, the verger of St Peter’s. (Vergers generally used to be considered the elbow of the church, sometimes, if I have to be specific, the fists).

And back to the first photo again. Anyone noticed that Henry Lee appears to be about 60 in this photo and about 40 in the other one. No? Okay, my bad.