Uncategorised An abandoned baby, a possible suicide and a family searching for roots

An abandoned baby, a possible suicide and a family searching for roots 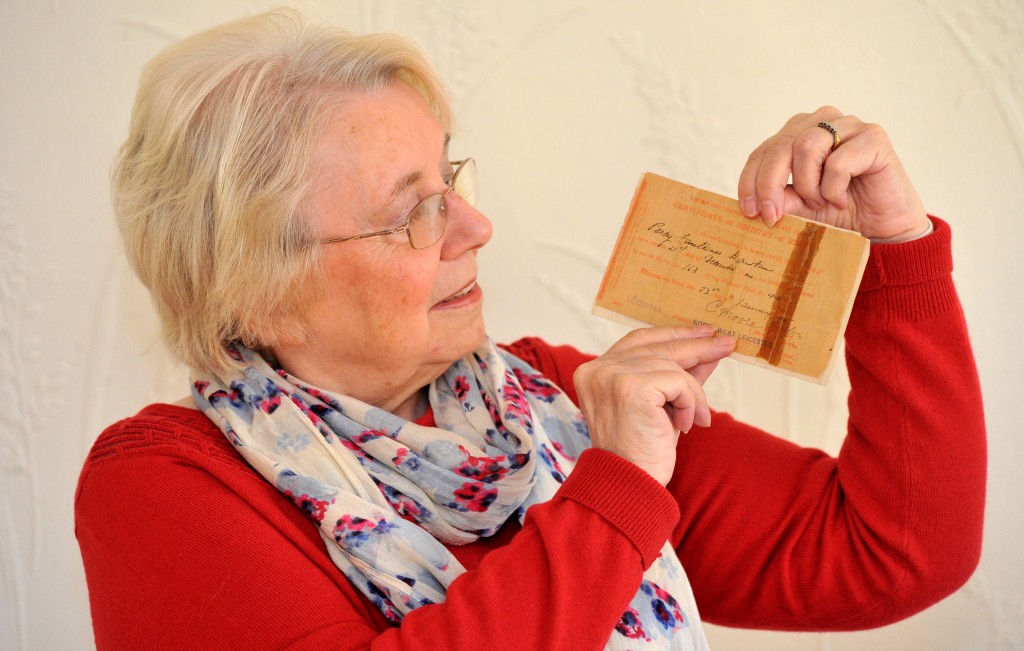 At her home in Sileby, Ina Napthine gently holds her father’s birth certificate. This fragile piece of paper reveals Percy Faulkner Hawkins was born in the middle of a red brick terrace at 19 Payne Street, Leicester, on December 21, 1904.

Just a few weeks later, this same certificate was pinned to a blanket wrapped around baby Percy, and along with two changes of clothing, had been put in a box and left abandoned on a stranger’s doorstep.

The person who did this is named on the paper – Annie Hawkins – Percy’s mother and an enigma ever since.

In November, the past tapped Ina roughly on the shoulder. At the time, Ina was reading a Leicester Mercury feature on old news stories from November 1915, when two words made the 76 year old suddenly sit up straight.

Ina clears her throat and reads aloud from the 100 year old news story.

“About 1 O’clock on Thursday the body of a woman was found floating in the water of the canal near the Abbey Park-road bridge.

“It was removed to the mortuary and was later identified as that of Annie Hawkins, aged 29, of 72 Buller Road, a single woman.

“It was not known how she got into the canal. The appearance of the body indicated she had been in the water for about half-an-hour.”

And that was it, no mention of Annie’s family, or an inquest. There were more questions than answers. But Ina had a gut feeling.

“My first reaction was, God, that must have been my grandma – that’s what my instinct was telling me.” 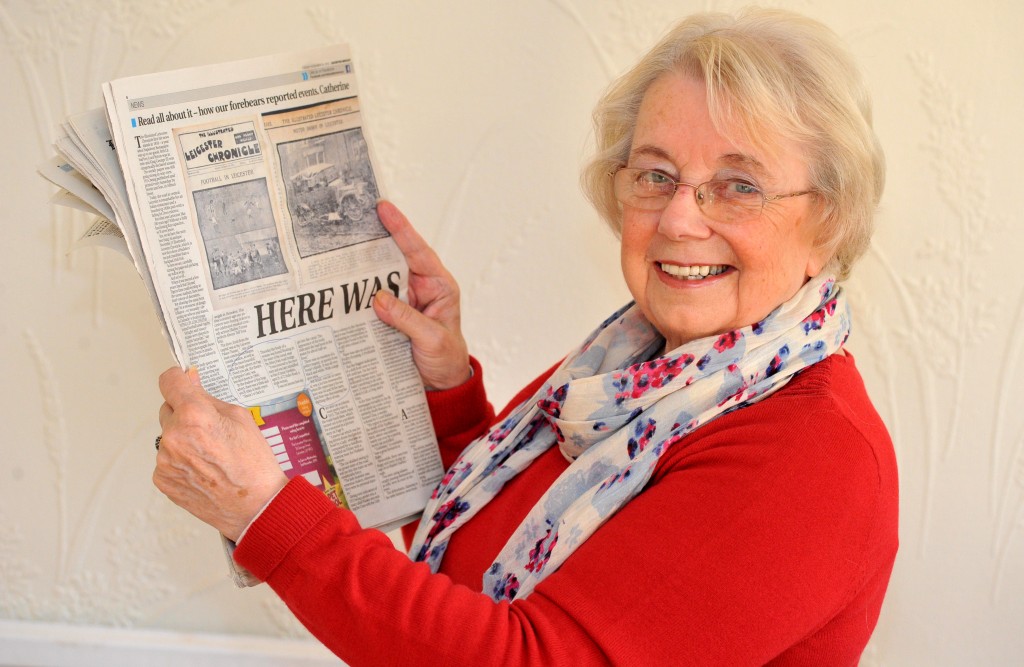 Sometimes it can be helpful to remind yourself there is no such thing as a normal family. You, dear reader, may know this better than anyone.

Percy Faulkner Hawkins never had the luxury of knowing that simple fact. Worse still, because he didn’t have a mum and dad, he was routinely hounded for being an orphan.

“At school they would chant ‘Who’s the bastard over there,” says Ina.

Eventually, though, along with two other little boys, Percy found a foster family, a couple with several grown-up daughters.

“There was my dad, Uncle Jack and Uncle Stan,” says Ina. Jack’s parents, she adds, had been killed in a car crash in Bristol.

“How on Earth he ended up in Leicester, I don’t know.”

Jack had also been a prisoner of war in Japan. At the end of the war, he returned to England and disembarked at Liverpool docks.

Jack, without having a living soul in the world to call family, stood there and thought to himself, ‘Where do I go?’ says Ina.

“He just turned up on our doorstep. My mum just gathered him in.”

“Jack was my dad’s brother. And Dad always used to talk fondly of his foster mum and dad.”

In the end, when their foster mother was on her death bed, those three foster sons took it in turns to sit by her side so she wouldn’t die alone.

When Percy married Dorothy Kirk on Boxing Day in 1936, Ina’s mother turned to her new husband.

“If you’d like to find your mother I’d be quite willing to help,” she said, kindly. 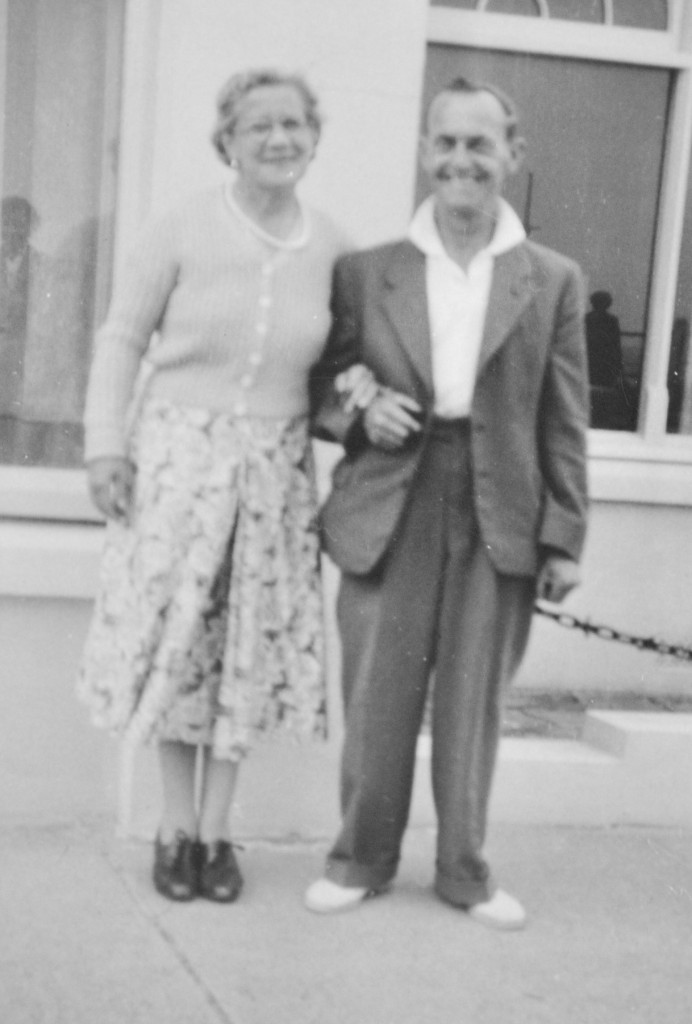 If the Annie Hawkins in the news story is the same Annie Hawkins on the birth certificate, Ina bears her no ill will. In fact, if anything, Ina, a mother and grandmother, feels quite the opposite.

The year 1904, after all, wasn’t known for its civil rights or its welfare system.

“She would have been 18 when my dad was born – a teenager with a baby,” says Ina.

“She would never have got a job with an illegitimate child. To a lot of the establishment, people like Annie were ‘fallen women’. The whole situation was very different.”

Annie registered Percy’s birth a month after he was born on January 23. On his birth certificate, in place of where a father’s name should be, a neat line was drawn.

“At least it doesn’t say father unknown,” she says, “that would have put her down as a loose woman.”

Ina and her sister Susan, who lives in Great Glen, have previously tried to find this missing branch of their family tree to no avail, now they suspect their search is over.

“She was still single, she hadn’t married,” notes Ina, when comparing the facts in the old news story.

“My sister,” adds Ina, “has been on Google Earth – Buller Street is about 11 streets away from where my dad was born.

Could Annie in the story be their grandmother? That young woman who, at the lowest of low ebbs, leapt desperately into the black water of Abbey Park on a November day 100 years ago?

“That’s always been known as a bit of a jumper spot,” says Ina. “It also explains,” she says slowly, “why we couldn’t find her.” 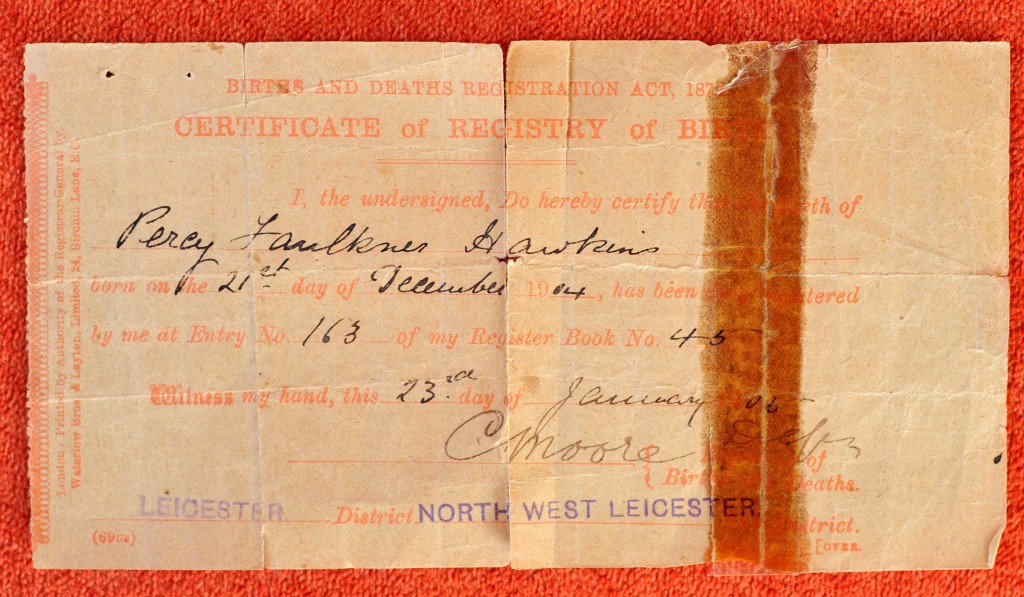 November 5, 1939, could well have gone down as one of the toughest days at work for one nameless Leicester midwife. Percy Hawkins, an anxious dad-to-be, was making a nuisance of himself by getting under her feet.

Ina was about to make her first appearance in the world and Percy was about to have what he had always craved – a family.

“The midwife was saying, ‘Get him out of my face’ as he was sat on the top of the landing. Beattie Grainger, my ‘auntie’ (one of the foster family’s daughters), had to take him for a walk.

“I was his only blood connection at that stage.”

Percy, a bricklayer, turned out to be a great father. Ina, in turn, became a devoted daddy’s girl.

“If I’d wanted the Moon, he would have got a long enough ladder and got it for me,” she says.

After Ina, the family grew, first with sister Susan and then brother John.

“If it was in his power to do things for us, Dad always would. He said to my husband when we got married, ‘You take care of my girl’.”

Now, says Ina, every once in a while, her husband Jim will turn around to her, especially if she’s planning something a little rash, and say: “I promised your dad that I would look after you, and I meant it.”

Ina is now 76 and has four grandchildren.

She takes after her dad with her fair skin and blue eyes. Her sister and brother have their mum’s brown eyes and dark hair.

Who, Ida wonders, did her father take after?

There are times, she says, when she flicks through the pages of the Mercury and sees the stories about Alice Hawkins, the suffragette who will soon be commemorated with a statue.

“When Alice Hawkins is in the paper, I wonder if there’s a connection there. Are we related?”

Ina hopes this article, with the help of the Mercury’s readers, will one day lead to her answering this and other questions.

“Sometimes I have conversations with my sister and we wonder where our dad came from. I suppose it’s a missing piece.

“It would mean a lot,” says Ina, if they get to finish their family jigsaw. “It sort of fits the end of the picture book.”

“There might be somebody out there,” says Ina, hopefully, as the interview winds up, “who will read this and say – “She’s my grandma, too’.”